The docuseries will be a multi-part series, i.e. it will be divided into three parts. It is directed by Clarence aka “Coodie” Simmons and Chike Ozah (also known together as Coodie & Chike), with who he has previously worked. Moreover, Jeen Yuhs is being produced by Creative Control along with TIME Studios. To find out more about the docuseries, continue reading.

Netflix has officially announced that the documentary will be released sometime in 2022. However, they haven’t specified a date. What we do know for sure is that Jeen Yuhs has reached its post-production phase. This means that it should be ready for release before the mid of 2022. We will update this section once an official release date is announced. 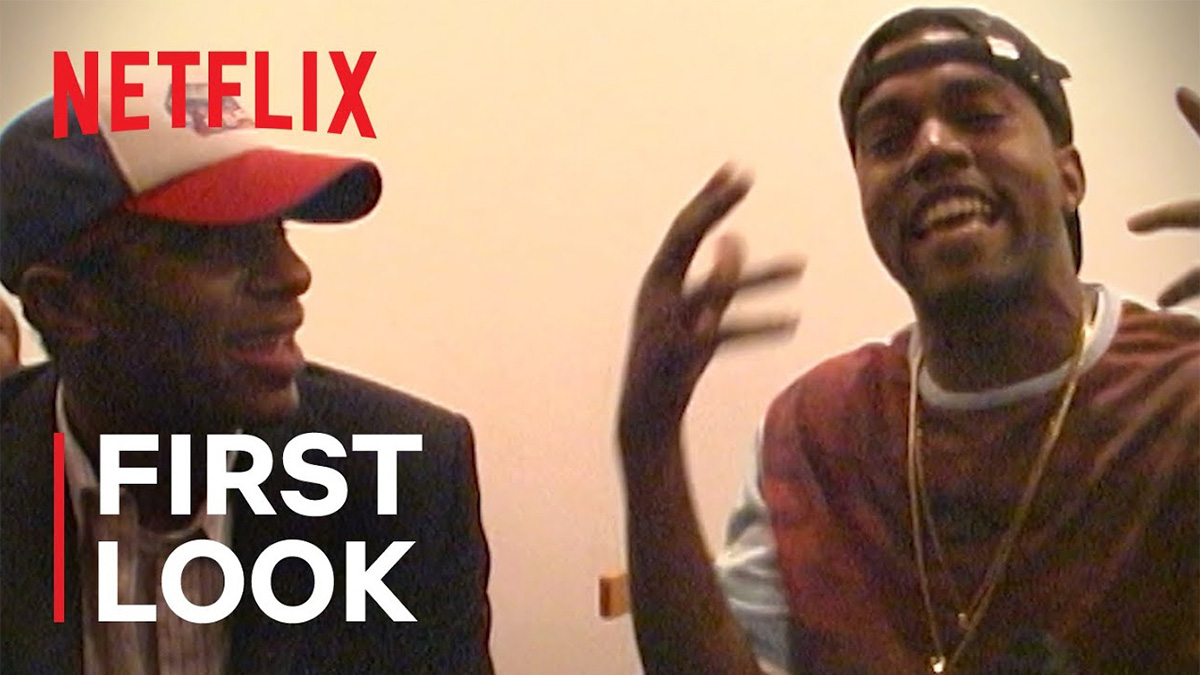 Netflix has reportedly paid $30 million to get access to never seen before clips of the famous singer, businessman and fashion designer. These clips revolve around a span of 21 years of Kanye’s life. And will feature his progress from a singer to a fashion designer and businessman, his 2020 failed presidency campaign, his divorce from Kim Kardashian. It will also feature the death of the rapper’s mother, Donda West and how he coped.

The official synopsis by Netflix for Jeen-yuhs is:

“Filmed over two decades, it is an intimate and revealing portrait of Kanye’s experience, showcasing both his formative days trying to break through and his life today as a global brand and artist.”

Netflix announced the documentary on September 25, 2021, during its fan event, TUDUM. They have also released a teaser for the much-awaited docuseries. West can be seen in the teaser with Mos Def (now known as Yasiin Bey) as they rap to their song “Two Words”, a hit from West’s 2004 album, The College Dropout. This teaser is 2 minutes long and can be seen on Youtube.