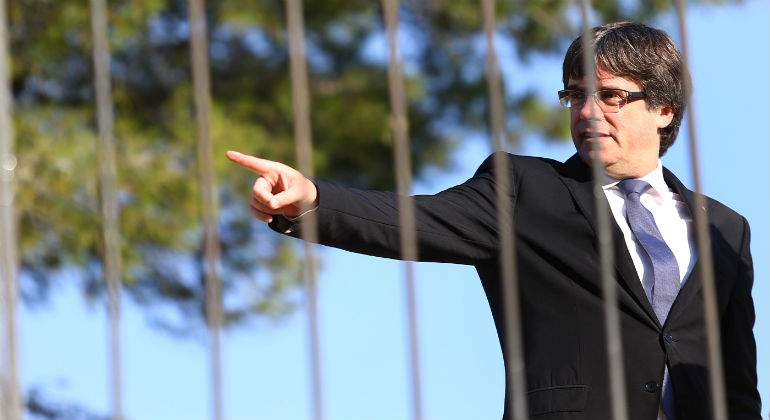 The Court of Justice of the European Union (TUE) has lifted the provisional measures on the European parliamentary immunity of the former president of the Generalitat Carles Puigdemont and his former councilors Toni Comín and Clara Ponsatí, all three with seats as MEPs by JxCAT.

With this order, the TEU dismisses the precautionary measures but must still issue a judgment on the merits of the matter, without the decision on the provisional measures prejudging the result of the main action.

Faced with the allegations of Puigdemont and the former councilors to suspend the lifting of immunities, the TEU considers that emergency measures are not justified, that the withdrawal of immunity does not affect their movements as parliamentarians and it is not proven that they may be imminently detained.

The European Justice indicates that the urgency requirement does not exist, as defended by the pro-independence politicians, and defends that it is only possible to take into consideration “the objective effects of the decisions” of the European Parliament and not the interpretation of the decisions made by the pro-independence politicians. , “which is more damaging to their rights.”

Nor does he perceive that the withdrawal of immunity affects their travels as MEPs, specifically trips to the headquarters in Strasbourg, France. “They can travel to attend Parliament meetings and cannot validly invoke, to prove the existence of serious and irreparable damage, an alleged risk of being arrested, specifically in France,” the order has indicated.

Finally, the TUE considers that the former Catalan president and the ex-councilors have not shown that they could be the subject of an “imminent arrest”, as different factors have to concur. In the first place, his surrender to the Spanish authorities and his possible arrest is not proven to a sufficient degree of possibility, given that the judicial process opened in Belgium to study his surrender is suspended pending a ruling by the TEU on a matter. prejudicial on the extradition of Lluis Puig, which was rejected by the Belgian justice last January.

“As long as the Court of Justice does not rule on the Puigdemont preliminary ruling, there is nothing to consider that the Belgian judicial authorities can execute the European arrest warrants issued against the deputies and hand them over to the Spanish authorities,” the order underlined.

In any case, the TEU recalls that this decision is limited to temporary measures and that MEPs can file a new lawsuit if the alleged damage is sufficiently probable. The court specifically mentions the case that they were arrested or some action was carried out aimed at handing them over to the Spanish authorities.