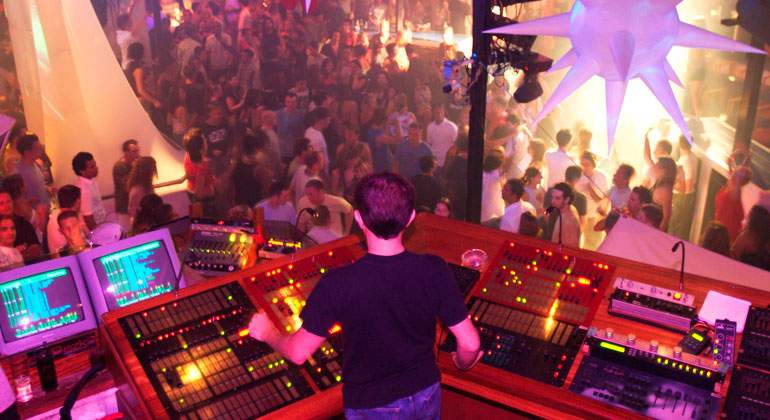 Since the pandemic started, the nightlife sector has been one of the most restricted and the one that has opened the least after the de-escalations. And wave after wave of COVID-19 , the first to shut down are them, in addition to the fact that they are also the last to open after the decrease in the accumulated incidence.

From the National Federation of Leisure and Entertainment Companies Spain by Night they assure that 70% of the premises are still unable to open with the current conditions, “but they do have to face the same expenses,” the president of Spain assured elEconomista at Night , Ramón Mas.

These restrictions are very different depending on the Autonomous Community in which the party room is located. In the case of the Valencian Community or the Basque Country, they are the most restrictive with total closure and Catalonia closes all types of non-essential activity at 00.30 hours.

In between are the rest of the regions that either close the interior and allow exterior openings with limited hours, capacity, without dancing and limitation of people at the tables, or reduce interior and exterior capacity, also with restricted hours and numbers of people sitting at the table, as is the case in Castilla-La Mancha , which is the only one that allows dancing outdoors with a mask and distance.

For its part, Galicia has been the pioneer in allowing nightlife in those councils that have low risk with the obligation to present the COVID passport or a negative test for a maximum of 72 hours beforehand. Andalusia is pending a judicial resolution that allows them to implement the measure.

All this makes this sector in our country drag losses in its turnover. According to the data provided to elEconomista by Spain by Night, the figure is between 800 and 1,600 euros per day per establishment. This in an area that represents 1.8% of Spanish GDP , with 20,000 million euros invoiced in pre-pandemic periods.

It has even led to many venues and nightclubs having to close down permanently. Ramón Mas asserts that, of the 16,000 entertainment venues that there were -among cocktail bars, nightclubs and the like-, 43% have definitively closed and predicts that, if they continue with the ” severe time restrictions , especially, and capacity “It can reach 50% at the end of this month of August .

From the nightlife employers’ association they ask the Central Government to assume “its responsibility and leadership” and reactivate the 9,500 SMEs that “allow safe leisure” and thus avoid bottles and illegal parties that cause infections to rise.

That the COVID passport is not just another “restriction”
From Spain by Night they claim not to be against the introduction of the COVID passport as an entry requirement, but they do not want it to become “one more restriction”. This has been reflected in a statement in which they claim that the implementation of this certificate allows “to recover the schedules, capacity and the dance floor to 100%” because on the contrary, they point out, it means “to continue working as already lost restaurants ” .