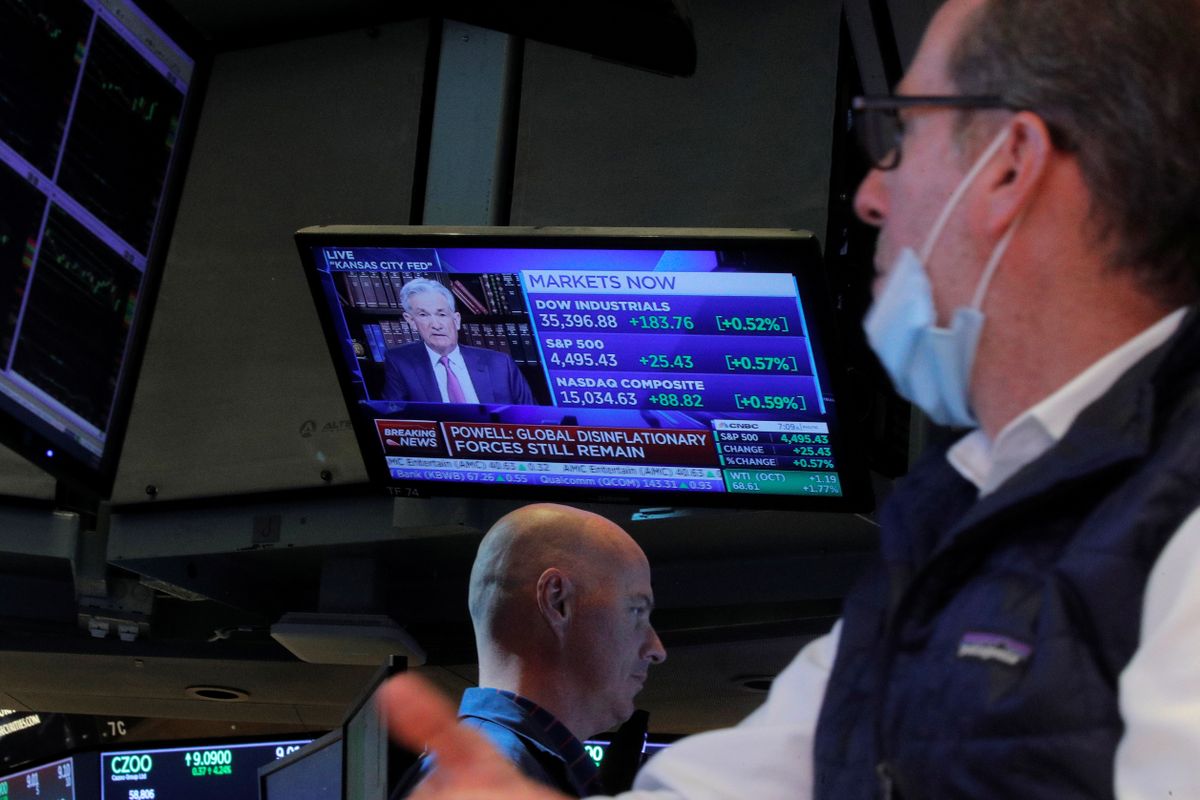 The president of the Federal Reserve (FED), Jerome Powell , confirmed this Friday that his body plans to start reducing support to the economy this year to stop the rise in inflation (5.4% in July, the highest since August of 2008 and very far from its objective of 2% in the medium term).

The top leader of the US central bank, however, has insisted that the rise in prices is temporary and has avoided specifying both the rate of reduction in the purchase of debt (currently 120,000 million dollars per month) and when the increase could be announced. measure, which has meant arelief for investors and has caused rises in the US stock markets and closes with gains in the European ones.

With world stock markets in the zone of historical records and the delta variant of the coronavirus sowing doubts about the economic recovery , vertigo has been installed in the markets in the last two weeks and all eyes were on the speech of Powell this Friday at the summit of central bankers that is held every year in Jackson Hole (Wyoming).

Especially when last week the minutes of the FED meeting at the end of July were published and it became known that the “majority” of its advisers are in favor of beginning to withdraw stimulibefore the end of the year instead of early 2022, which led to falls in stocks.

Powell has revealed that he himself was part of that majority: ” I was of the opinion , as did most of the participants, that if the economy evolved in line with expectations, it might be appropriate to start reducing the rate of purchase of active this year. ”

Since then, he highlighted, the delta variant of the covid has had a greater spread , but there has also been a “strong” employment data in the US in the month of July (943,000 new jobs and a drop in unemployment to 5.4 %). “We will carefully evaluate incoming data and evolving risks,” he added to avoid further clarification.

Rates in 2023
On the Federal Reserve’s advice, there are disagreements over whether the reduction in asset purchases ($ 80 billion a month in public debt and $ 40 billion in mortgage-backed private debt) should be announced at its September meeting or wait for the one of November for more information on the evolution of the recovery. The consensus among analysts so far is that the Federal Reserve will announce the measure at its meeting on 21-22 next month, but Powell has avoided making it happen and this has done investors good.

The president of the FED, likewise, has insisted on decoupling the minor purchases of debt from a possible advance in the rise in interest rates (at 0-0.25%), currently scheduled for 2023 . “The timing and pace of the next reduction in asset purchases will not be intended to send a direct signal as to when interest rates will take off,” he stressed. “We have a long way to go to reach full employment, and time will tell if we have achieved 2% inflation in a sustainable way,” he added.

Likewise, he wanted to make it clear that he continues to think that the sharp rise in prices is due to transitory factors, even though fears grow that it is a more persistent phenomenon than the one assured by central banks. “Inflation at these levels is, of course, a cause for concern . But that concern is tempered by a number of factors that suggest that these elevated readings are likely to be temporary, ” he argued.

“The markets are pleasantly surprised . They were waiting for the announcement of the end of the party , which would have caused moderate falls in stocks and bonds, and a recovery of the dollar. However, they have found that they may let them continue enjoying the stimulus a little more: the stock market, bonds and the euro breathe a sigh of relief, “said Francisco Quintana, director of investment strategy at ING in Spain and Portugal, for whom Powell has” bought time “by leaving his hands free to cut back on purchases in September or November according to the evolution of employment and inflation.