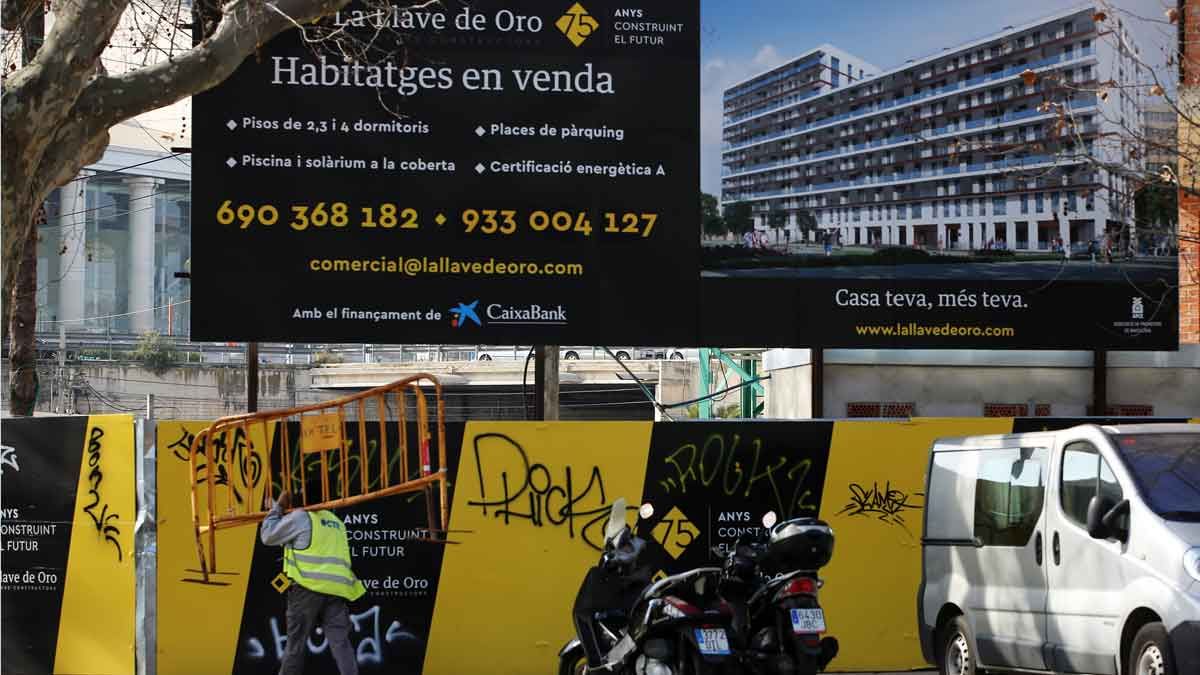 The number of mortgages constituted on homes soared 41.2% in June compared to the same month of 2020, to add 37,961 loans, the highest figure since before the pandemic, specifically since January 2020, according to data released this Friday by the National Institute of Statistics (INE).

With the advance of June, the mortgage firm on homes chains four months of year-on-year increases. According to Statistics, the average amount of mortgages constituted on homes increased by 5.5% in June, to 140,456 euros, while the capital loaned grew by 49%, to 5,331 million euros.

The data point to a clear improvement in the situation in the real estate sector in Spain, although in the comparison it must be remembered that in June of last year certain restrictions still persisted in the notaries, in the registries and in real estate mobility due to the effects of the pandemic on the activity. However, this increase in the year-on-year rate is the highest since December 2019.

The perception of uncertainty “is decreasing” and the Spanish “return to have a very active behavior”, affirms the director of Studies of Fotocasa, María Matos. The number of mortgages on homes constituted in June (37,961) is the highest since January 2020 (40,217), but to find a month of June with a record higher than this year, it is necessary to go back to 2010, says the Director of Studies from the piso.com, Ferran Font.

In that June, 56,734 home purchase loans were formalized. In the first six months of the year, the number of mortgages to buy a home increased by 11.2% in the interannual rate, while the capital borrowed increased by 12% in that period.

The borrowed capital chains four months with growth rates above 40%. The banking sector “has been working to favor” this momentum, says Martos. The expert adds that the bank has lowered prices to “stimulate sales”, with several entities in recent months with the “biggest drops” in prices in memory and “good lowering conditions” of current interest rates.

These circumstances have motivated many small savers to start buying a home. The “good moment” of the real estate market and “the mortgage changes promoted by low interest rates” have also been key, underlines the head of mortgages at Idealista, Juan Villén. He adds that the rates “return to mark” historical lows and believes that “surely” they will continue this way for the rest of the year.

In June, a change in the preferences of those who take out mortgages has been evidenced, from those of the fixed rate that prevailed between January and April and the variable rate, most requested in this last month analyzed. Thus, 38.8% of home mortgages were constituted in June at a fixed interest rate,, while the percentage of variable rate loans exceeded 60% for the second consecutive month.

The average rate of mortgages to buy a home was 2.28% in June, which places it in this section as the lowest month in the entire series, which is 2.76 points above the average Euribor for that month , which was -0.484%.

The signing of mortgages to acquire a home grows in all the autonomous communities with respect to the precovid situation, except the Balearic Islands, which contracted a slight 1.8%. Andalusia appears in June as the one with the highest number of mortgages constituted on homes, with 7,853 records, followed by Madrid (7,372), which regains second place, and Catalonia (5,889).

The communities in which more capital was lent in the sixth month of the year for the constitution of mortgages on homes were, in this order, Madrid (1,520.5 million euros), Andalusia (983.3 million) and Catalonia (968, 7 million). However, the regions close the month of June with “great differences” between them, they indicate from piso.com. In fact, only in the Basque Country have fewer home mortgages been granted than last year.