The Witcher was an instant hit when it first premiered on Netflix. Following its phenomenal success, the streaming site has announced another spin-off titled “The Witcher: Blood Origin”. At first, the fans were confused about its story and cast, but now as the news is official, we finally have the relevant details. You’ll find all of them summarized down below!

Along with the official synopsis, we also got bestowed with the on-set pictures of actors as their respective characters! Not everyone in the revealed pictures is known, but the show will be led by the trio of Sophia Brown, Laurence O’Fuarain, and Michelle Yeoh. The cast has changed entirely, but the behind camera crew is almost the same. The writer of the Witcher series will serve as the show creator. The Witcher: Blood Origin will be set around 1000 years ago, which will take us back to when the first Witcher was created.

The series hasn’t been released yet, but the fans are already eager to discover its fate. The most asked question is regarding its second season. Will The Witcher: Blood Origin have more than just one season? Well, the concerned authorities have not spoken up about it. And as far as we know, the show is being released as a “mini-series”, so it is better to only look out for the first season.

Netflix has not revealed the official premiere date of The Witcher: Blood Origin. But we are expecting it to release somewhere in 2022. Recently in November, the filming for the miniseries got wrapped up, which means that the show is in its last phase. Judging from all of this and assuming that things go smoothly in future, you can expect the series to drop somewhere in mid-2022. But again, as these are our assumptions, don’t get your hopes high! 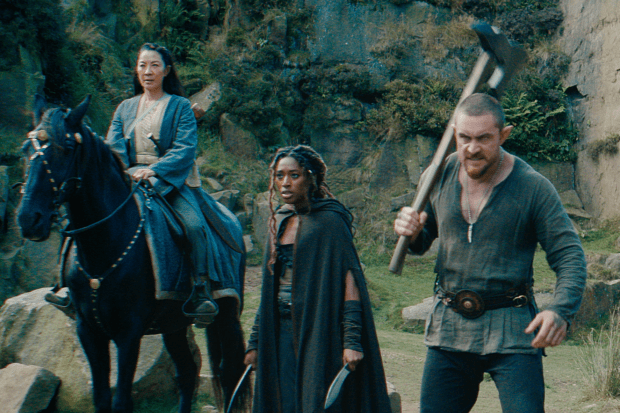 The series will only consist of 6 episodes. The number of attacks might be less, but the content will surely blow your mind. Besides this mini-series, the Witcher Season 2 has also premiered on Netflix. So, if you’re missing the Witcher, you can tune in to stream it anytime!

As the series is set 1000 years before the events of the original show, don’t expect the same cast to feature in it. And even Netflix has confirmed the fresh batch of actors and their respective characters in The Witcher: Blood Origin. The official line-up consists of:

The main characters the story will develop are Fjall, Eile, and Scian. Eile is a wanderer who abandons her luxurious life to pursue her career as a singer. Fjall will accompany her in this quest. And Scian is an elf who desperately needs a stolen sacred sword. We don’t know how these characters will get interlinked, but there will be a lot of bloodshed as per the pictures. So, prepare yourself for the gory scenes!

The official plot synopsis of The Witcher: Blood Origin sums up the main storyline quite perfectly. It reads:

“Every story has a beginning. Witness the untold history of the Continent with The Witcher: Blood Origin, a new prequel series set in an elven world 1200 years before the events of The Witcher. Blood Origin will tell a story lost to time – exploring the creation of the prototype Witcher and the events that lead to the pivotal “Conjunction of the Spheres,” when the worlds of monsters, men, and elves merged to become one.”

The story of the upcoming miniseries will serve as a prequel to the original show. It will describe the extreme events before Henry Cavill’s Witcher. The Witcher Cinematic Universe is expanding, speculations about more seasons and shows. Which will explore other characters in detail. But there is no word on when they’ll come out!

Unfortunately, for now, we only have the pictures and a few clips, which you can find on Netflix official YouTube account. We might get a full-fledged trailer in the first half of 2022. Because as mentioned before, the filming for The Witcher: Blood Origin has been completed!