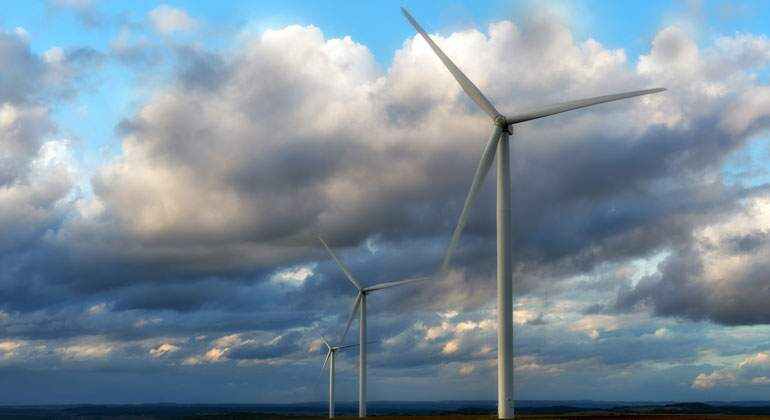 Sustainability has long been among the main bets of Deutsche Bank, and will continue to be, as explained this Wednesday by Rosa Duce, the bank’s chief economist in Spain, and Diego Jiménez Albarracín, head of variable income at the Investment Center of the entity, in an online press conference to present its perspectives for the markets. See more articles on sustainability in the Economist Sustainable Investing and ESG.

Jiménez-Albarracín referred to the current valuations of the renewable sector, in which we have recently seen how Acciona Energía ( Acciona’s renewable leg ) was forced to debut with a 10% discount compared to its peers , how Ecoener clicked on its premiere on the parquet , and as Opdenergy postponed it .

Precisely this Wednesday, EiDF Solar, the first company for self-consumption of photovoltaic solar energy, started its journey in the Spanish market. It did so at BME Growth, and successfully, by skyrocketing 31% in its first session.

“I think there was a certain bubble, or fear, in the renewable energy sector . The brutal rally [of these stocks on the stock market] last year was even reminiscent of the dot-coms ; everything that was solar was up 200% in question. months. But if there was a bubble, it has punctured, “said Jiménez-Albarracín.

“Now it is necessary to be more selective” within this sector, he explained, adding that “it is no longer enough to put a plot of land in the name”. The entity considers that this investment theme “has a huge future, since almost all countries have already programmed their net zero emissions targets for the next 20 or 30 years and, although it seems a very long term, that implies that they will continue to be carried out. investments year to year “.

“It is necessary to monitor each company and make sure that it is not an upstart” in the clean energy sector, says Jiménez-Albarracín, head of variable income at the Investment Center

Almost every month, the expert pointed out, “we are witnessing new contracts or aid for renewable energies”, but, he insisted, “it is necessary to be more selective and monitor the company well: how solid it is and that it is not an upstart; in Spain many real estate companies have decided to dedicate themselves to renewables without having the necessary know-how to do so “.

When there are falls on the market, “they pay just for sinners”, but, he emphasized, “those that will recover will be the companies that are really doing it well.”

In that same concept that will be a “clean” in the sector, and that will only good , alluded at the end of last May Rafael Garcés, Chief Investment Officer of Audax Renovables , speaking at a round table on this sector in the framework of the Medcap Forum. In the coming years, Garcés said, the market will differentiate “those of us who were on a long-distance race from the opportunists.”

Focus on the financial sector
Leaving renewables aside, if there is a sector that interests Deutsche Bank for the second half of the year, that is the financial sector, which they advise to overweight both in Europe, the United States and the emerging markets (something that does not happen with no other).

Despite the bleak scenario of low interest rates (the first increases are expected in 2023), the head of variable income at the Investment Center stressed that “although in this environment of rates it is very difficult to recover the conventional margin, we have seen titanic efforts, especially in European banks, but also in the United States, for cutting costs and advancing in digitization.

Hence, the first quarter results in both regions have been spectacular”In many entities, he added, corporate activity has improved, and trading has risen.” Now [given the limited options left to scratch profitability with fixed income] investors need to take risks, and when they risk in products of investment risks in products that leave higher margins for banks, “explained Jiménez-Albarracín.

In any case, he added, the good expectations of the financial sector are not based only on cuts and the digital business, but also on a foreseeable increase of credits as a result of these better prospects for the economy.

Regarding the Ibex, which depends fundamentally on banks and utilities , the expert highlighted the great effort made in the national financial sector, in a movement “of concentration and restructuring that has allowed us to see efficiency ratios of some nearby banks to 49%, when they have reached below 30% ” .

For her part, Rosa Duce, chief economist, pointed out that current valuations “are demanding” and that “if stocks continue to rise without accompanying profits, there is a risk of a bubble.”

In this sense, the entity observes “a risk of correction of 5-10% in the short term” which is preferable to take place now, instead of after the summer, when this correction would already be, foreseeably, stronger. Finally, in fixed income, the entity is betting on high yield and Asian bonds, which offer “high coupons and low durations,” explained Duce.