A brand new British thriller series,  Suspicion, has been announced to be released in the coming month, and fans cannot wait! The release of this exhilarating show will be very epic as fans anticipate the new mystery to be solved.

Apple TV+ has provided some absolute praise-worthy thriller content, and the streaming service is now back to add one more to its library! With its launch date just around the corner, Suspicion has indeed gripped viewers’ minds and hearts, which might make this show a mega-hit. A fun little adventure never hurts with the ongoing situations.

Apple TV+ is all set to bring to its watchers, Suspicion, on February 4, 2022. Makers will release the show worldwide for viewers to watch. The mystery –thriller was reportedly announced back in December 2021, and a trailer was released or the same in January 2022. ever since then, fans have been counting days till the grand premiere. 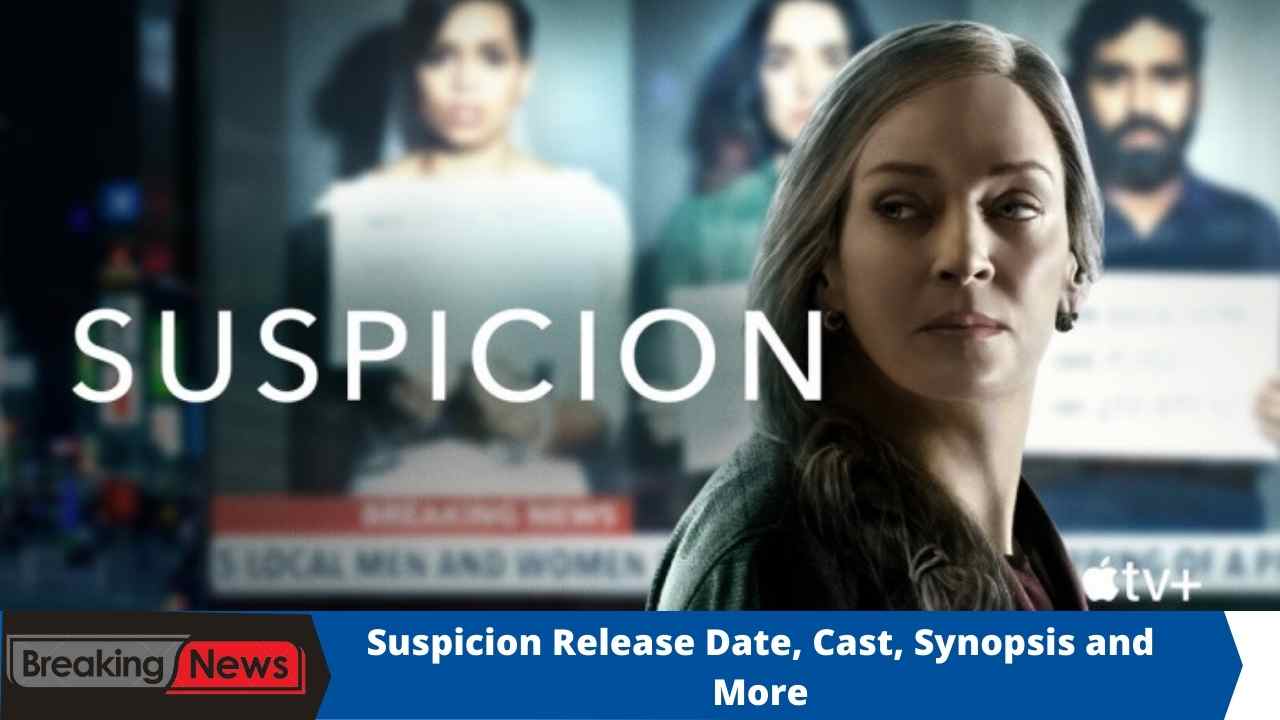 This new series will have stars who are Hollywood fame, and people seem pretty ‘thrilled’ with the outstanding cast members of the show.

Based on the award-winning Israeli series, False Flag, Suspicion follows the storyline of how four common Britishers are accused of committing a crime like the kidnapping of not just anyone but the son of a significant U.S. media tycoon. To come off as clean, they set out on the journey to clear their names, but with time and fate against them, the show will feature if they succeed in their mission and if yes, how did they? Or are they innocent?

In Suspicion, businesswoman Katherine Newman is petrified when her son is kidnapped from a New York hotel by criminals wearing the masks of the British Queen and Prince Charles. As massive authorities like the National Crime Agency and the FBI investigate, four ordinary-seeming British citizens have suspicion fall upon as they were staying in the hotel that fateful night.

Very promptly, the group of four find themselves risking their lives, with high-stakes, playing the game of cat and mouse as they make an effort to escape the authorities to confirm and provide evidence of their innocence. But it’s crystal -clear that not all of them are telling the truth and cannot be trusted, while some were simply in the trap of bad luck. But there’s undoubtedly someone amongst them who knows the truth about what happened that night.

The 8-episode series will unravel the natural face behind the inexplicable abduction and who is only liable for being in the wrong place at the wrong time.

This tense kidnap drama has watchers’ attention worldwide because of Suspicion’s exquisite cast selection and brilliant plot. The show will discover crime and storytelling in a different light in which viewers can see the development of a complex investigation. The anticipation will stay put throughout the episodes, and the plot development will not dishearten you. The trailer to the show was set a certain bar of expectations for the fans, and the scenes shown are just outstanding!

With the launch day coming nearer, buckle up to solve this mystery and find out the truth behind the night!