Popular HBO series ‘Band of Brothers’ might have ended 19 years ago, but rumours of a new follow-up series i.e., Masters of the Air is in the works now. In 2001, the series had surpassed every possible expectation of being the most beloved World War 2 stories adapted to screen by critics and viewers.

Stephen E. Ambrose’s book of the same name and several firsthand sources, including veterans, chronicles the trials and tribulations of a group of soldiers known as “Easy” Company.

The showrunners followed up on the show’s success nine years later with The Pacific, shifting the focus from the war’s European theatre to the island-hopping tactics that the 1st Marine Division had carried out over the titular ocean. The series had repeatedly obtained overwhelming critical acclaim for its stark portrayal of the most devastating war in human history.

Masters of the Air Release Date

Unfortunately, no release date for Masters of the Air has been reported yet. 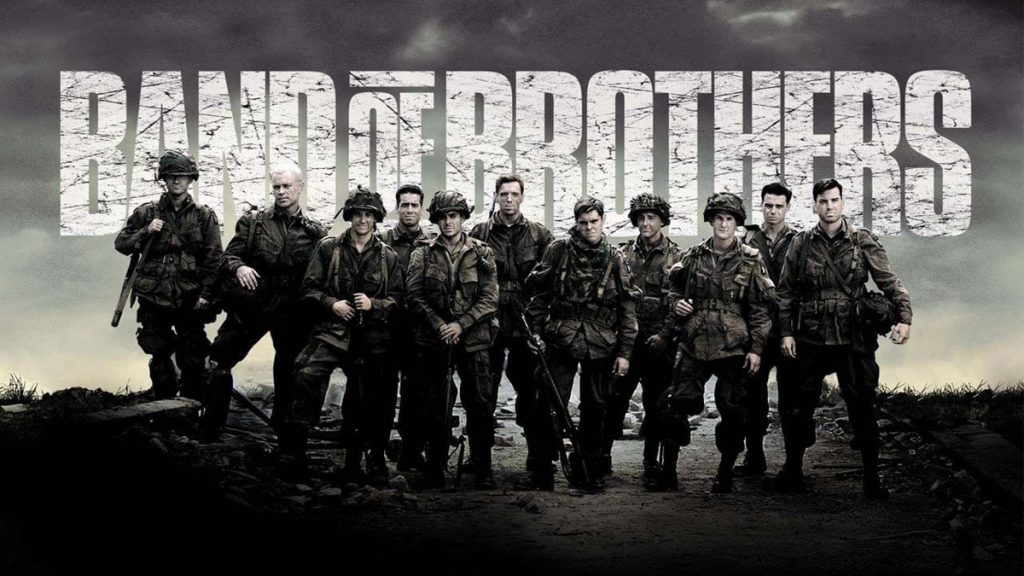 Masters of the Air Cast

Band of Brothers and The Pacific both feature ensemble casts, so Masters of the Air will likely follow the trend. As of February 2021, only two actors have been confirmed for the upcoming series: Austin Butler and Callum Turner.

Turner is set to play the role of Major John Egan, a member of the Eighth Air Force. He is possibly most widely known for his role of Theseus Scamander in Fantastic Beasts: The Crimes of Grindelwald, which he will reproduce in the sequel. Turner also starred in the 2016 television adaptation of Leo Tolstoy’s literary classic War & Peace and the 2020 film adaptation of Emma, which was another literary classic by Jane Austen.

Butler will enact another Eighth Air Force soldier as Major Gale Cleven. You might identify him as Tex Watson from Quentin Tarantino’s Once Upon a Time in Hollywood, or maybe as Wil Ohmsford from the unfortunately short-lived fantasy series The Shannara Chronicles. There’s also been great talk around Butler’s casting as the King of Rock n Roll himself in director Baz Luhrmann’s upcoming Elvis Presley biopic.

Masters of the Air Plot

Similar to Band of Brothers and The Pacific before it, Masters of the Air will focus on its section of the United States armed forces during World War II: the aforementioned Eighth Air Force. Historically talking, the group largely flew missions over Northern Europe, engaging in bombing runs and dogfights alike. The series won’t be 100% historically accurate which is quite impossible. Yet, with many of the same showrunners on board, it’s sure to strive for a similar level of authenticity as its predecessors, if not a greater one.

Barry Season 3 Has a Release Date of April 2022

If Donald L. Miller’s book is anything to go by, “[B]omber boys slept on clean sheets, drank beer in local pubs, and danced to the swing music of Glenn Miller’s Air Force band. But they had a much more significant chance of dying than ground soldiers”. The point is that basic plot details may be scarce for now, don’t forget that this is war in historians’ eyes. It’s a safe bet to say that not all the soldiers whom observers will get attached to throughout the show are going to make it.

Masters of the Air Trailer

As the release date has already been announced, we can anticipate the promotional teaser or trailer to be released 2-3 months after the official release date. As of now, there is no trailer for the new Masters Of The Air. The trailer will be released on Apple TV+.