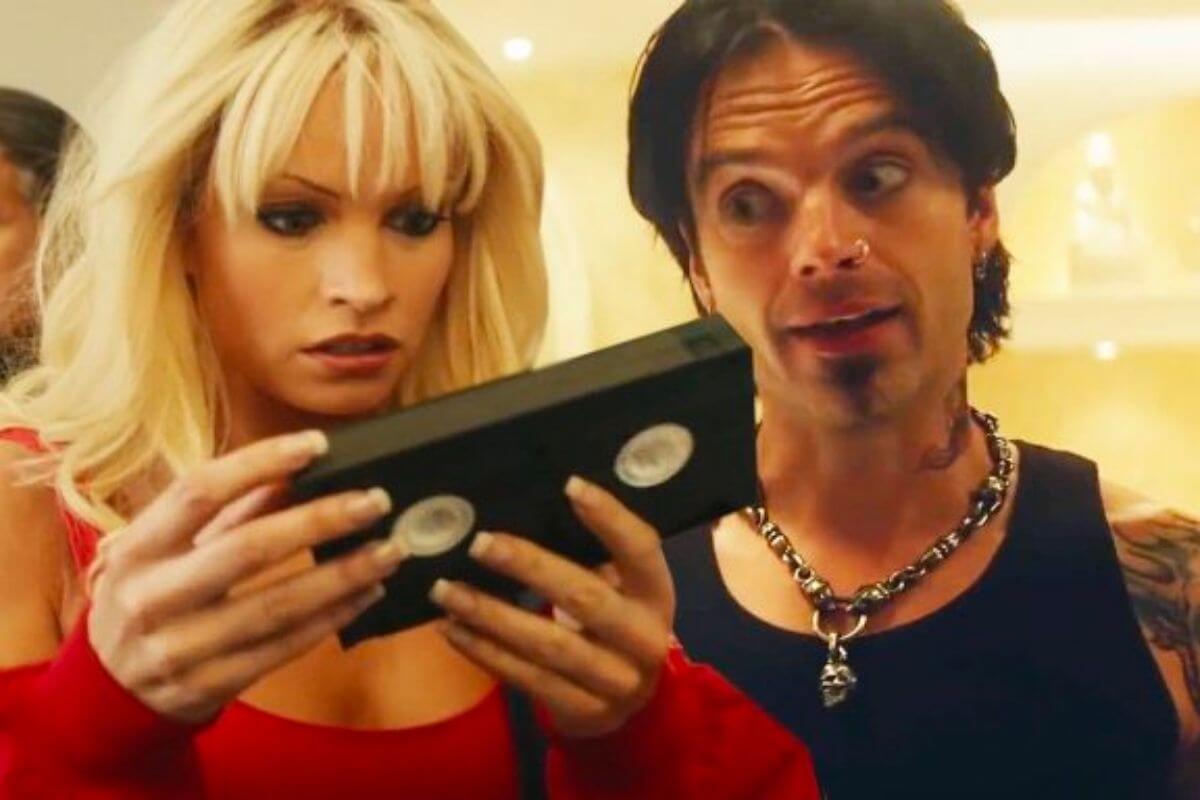 Pamela Anderson and Tommy Lee are two of the most infamous international celebrities. One’s a Baywatch actress and the other is a drummer so it’s no surprise that they’re a total power couple. The two went through a rough patch when their sex tape was stolen and leaked. Their relationship went through some major changes but they hid it all from the world. Now, more than 20 years later, Pam and Tommy are ready to share their story with the world in their Hulu miniseries “Pam and Tommy.” You can find out all the latest updates about the showdown below including its recently revealed release date.

Seth Rogen and Evan Goldberg announced the series in 2018 along with the news of their roles as executive producers. Then in 2020, Hulu greenlit the series for production. Filming finally began in April 2021 and it was completed by July 2021.

As of now, the filming and production are complete. The official premiere date is also announced. The series will air three of its eight episodes on February 2, 2022. Viewers can stream it on Hulu, Star+, and Disney+ based on their locations.

The remaining five episodes will come out weekly for the next five weeks.

The main storyline of the series is the sex scandal and the aftermath of it. The tape had a great effect on Pamela’s mental health which took a toll on their relationship. Basically, the series focuses on making people realize how such an event can ruin a life. Craig Gillespie, the series director, expressed his views on this saying,

“In a way, it, again makes us complicit, as a society and with the consumption of the media, that we do this without any consideration for the humans involved in it. It does that same interesting thing, where we go in being complicit because we wanna see it and relive this, and then halfway through it, we realize that we’re the problem, as an audience. You really get to land on an emotional human level with Pam, which is what they did so beautifully with the scripts.”

However, it will also feature lots of hilarious situations and the love between Pamela and Tommy. All in all, it will be a diverse series that focuses on a variety of topics.

“A love story, crime caper and cautionary tale rolled into one, the eight-part original limited series explores the intersection of privacy, technology, and celebrity, tracing the origins of our current Reality TV Era to a stolen tape seen by millions but meant to have an audience of just two.”

So far, the series hosts two trailers. One came out in November 2021 and gives us a small glimpse of the actors in action. It greatly emphasizes the importance of the sex sta scandal and the changes it caused.

A second trailer came out on January 5, 2022. It focuses more on the plot and introduces the main cast of the show.