Last year, the US Bureau of Labor Statistics had announced the COLA adjustment, which indicated a 5.9 per cent rise. Because of the significant rise, the maximum amount of money claimed through Social Security has been the highest in years that the United States has seen.

Millions of Social Security recipients in the United States had previously received a check of $1,657 on January 19. Those US citizens who were born between the 11th and 20th saw their checks land on the third Wednesday of each month.

In addition to the upcoming checks, it is also reported that a boost of $821 for Supplemental Security Income (SSI) recipients will be provided. The people who claimed this were able to get two checks in December all thanks to the new cost-of-living adjustment (COLA) and the holidays, while another is set to arrive on February 1.

As the Social Security Administration indicated, the monthly maximum for SSI has increased from $794 per month in 2021 for an individual to a monthly amount of $841 in the year 2022.

This influences a lot of people who are currently living in the USA. In July, there was an SSA report that discovered that more than 7.8 million Americans obtain SSI benefits each year.

The maximum amount claimed through an SSI has increased to $49,497 per year or $4,124 per month. For the typical person receiving the benefit, this implies that your monthly payout will rise to $1657, an increase of more than $100 over 2021.

However, this benefit is offset by rapidly growing inflation in the United States. In the most recent accessible statistics, inflation in the US has increased by 7% over the previous year. Therefore, the rise of 5.9 per cent is negligible.

When will the COLA Social Security Payment 2022 Start? 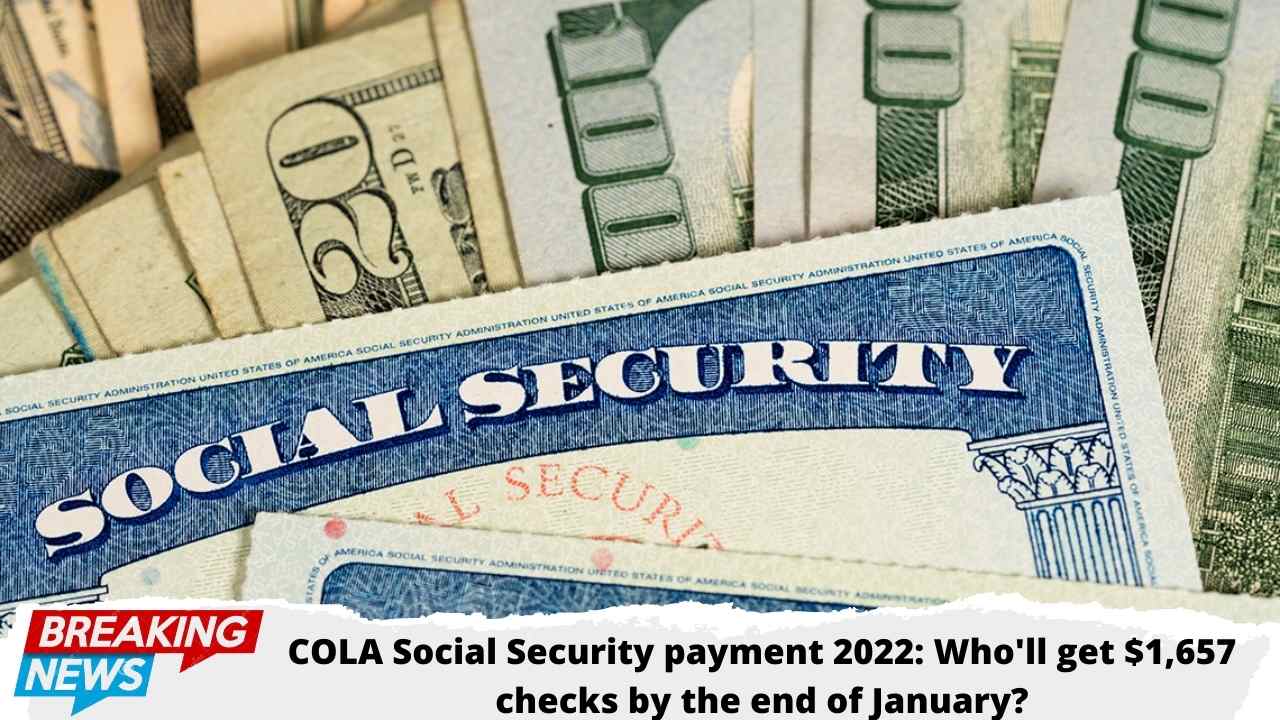 Beneficiaries get monthly Social Security benefits primarily based on their birth dates. If your birthday comes between the 1st and 10th of the month you were born, the payments are made on the second Wednesday of each month.

If you were born between the 11th and 20th of any month, your checks would be mailed to you during the third Wednesday of the month, which is January 19 of this year.

If you were born between the 21st and 31st of December, your benefits are paid on the fourth Wednesday of the month.

Increased earnings may result in increased taxes. Many retirees have a mix of Social Security payments and other investments, such as 401(k) plans or individual retirement accounts.

Social Security recipients with combined earnings exceeding specific criteria – beginning at $25,000 for individuals and $32,000 for couples – may be required to pay taxes on up to 85 per cent of their payments.

According to Joe Elsasser, founder, and president of Coliseum, a Social Security claiming software firm, it often makes sense to decrease withdrawals from other taxable accounts and lower the part of Social Security payments that ends up being taxed.

Social Security payments increased by 5.9% for roughly 70 million retired Americans, the sharpest rise in the US in 40 years.

The monthly payments are based on your employment history and the age you first began to claim the benefits from social security policies.

COLA notices were sent out by the Social Security Administration (SSA) during December to retire survivors and disability beneficiaries.

Now, any Americans expecting to receive these adjusted checks should expect to see them arrive soon.