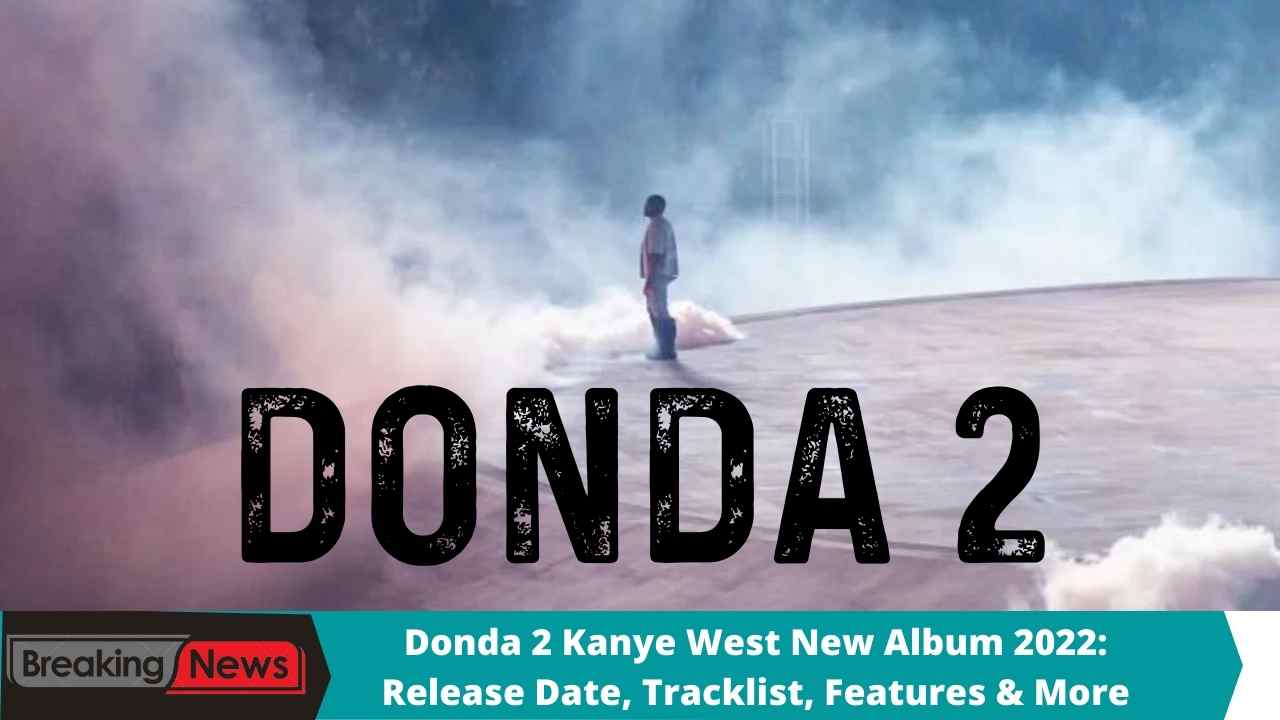 Rapper West is all set to drop a bomb in the upcoming days, Donda 2! Confirming about working on the sequel to his 2021 album DONDA, Ye has taken to his social media handles and been very promotional about the upcoming album with other artists. Anticipated to be a masterpiece, this epic album will be released this year!

So get ready for the new heat, Donda 2! Several features or collaborations have been reported, and they are by all our favourite artists. All this has made fans go crazy about the new upcoming album, and we can expect just so much from Ye. The epic success of the album Donda and craze among fans last year can hint about what is to come!

It is official! Ye has announced about working on his eleventh studio music album Donda 2, and it has been rumoured to be released in around August 2022 or on August 29, 2022, to be exact, as of reports! On January 3, 2022, G.O.O.D. Music shared the news about Yeezy lover and enthusiast Ye working on the sequel to his previous album, and since then, fans have buckled up to wait till Kanye drops the album.

Ye’s tenth album, Donda, was released last year in 2021. It received a mixed reaction from fans owing to its controversial features. Also catering to Kanye’s tradition of no certainty regarding the release dates, Donda was instead a surprising drop which Ye delayed too many times in his authentic style. Since the reports of Donda 2,  we can expect such a delay in the release of this album too.

Therefore, there is technically no confirmed release date until Kanye drops his album.

Like Ye’s previous albums, one can never be sure what is expected. Donda 2 will consist of many new tracks or even some which might have already been released or leaked or did not feature in other albums of his.

There is no official tracklist released as the album is still under work. Nothing regarding this has been updated yet by any company or Ye himself. However, two tracks, “Glory” and “Let Go”, are supposed to be included in this album as they did not make the final cut in the previous album.

Apart from this, On January 14, West had dropped a track in collaboration with artist, The Game, which was titled ‘Eazy’. This track is believed to be part of Ye’s new upcoming album.

Donda 2 will have many artists as features. We have pictures that show many artists with Ye in the studio while working on the album. As of yet, Blueface, The Game, Moneybagg Yo, Chavo and Mike Dean, A$AP Rocky, Pusha T, and even Big Sean are reported to be a part of Ye’s new piece of influential work.

Like the previous Donda album, this will also have multiple famous featuring artists, and future updates might reveal many new names in the future. As Kanye has never really released a ‘sequel’, Donda 2  might be a big, big project and be an even massive hit than the previous release.

The 2021 album, Donda, reportedly named Ye’s mother, Donda West, died at 58 about plastic surgery complications back in 2007. When it was released, the album was a massive success as it sold over 37,00 copies and over 375 million streams! The album had themes related to the gospel, classic hip-hop vibes, his Auto-Tune vocals, a track which his friend-mentor Jay-Z and a few recorded speeches made by his mother.

Donda 2 might have the same ol’ Ye vibes and make another history.

So are you ready for the new masterpiece of Ye and have the beats dropped with Donda 2?