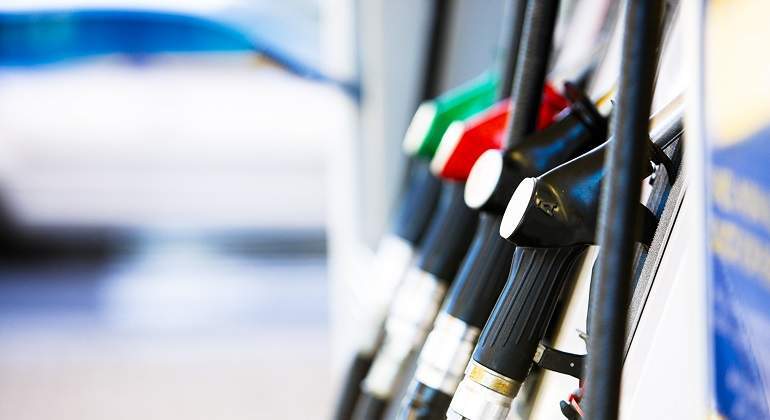 The European Commission will present this next July 14 a reform that will allow it to achieve an emission reduction of 55% by 2030. Brussels will put on the table the package of measures (“Fit for 55”) in which it includes an update of the entire climate legislative body. To achieve this, the Commission will propose a strong increase in energy taxes with the intention of giving price signals on consumption to align them with the emission reduction objectives. In other words, those fuels with the most emissions – diesel or butane – will be the ones that will receive a greater tax burden.

The Commission will set minimum levels that countries must meet and then annually on the basis of the EU harmonized consumer price index, excluding energy and unprocessed food, they will be updated so that they continue to offer that price signal.

This review will make it possible to separate motor fuels from heating fuels, giving the possibility of applying differentiated rates, exemptions and reductions, as happens, for example, in the maritime or aviation sector that currently have exemptions for kerosene or the fuel used by the ships. Kerosene is expected to begin to face a higher tax burden.

The EU will also approve the directive that will regulate alternative fuels and will set new emission standards for vehicles so that, as of 2035, only those that are zero emissions can be marketed.

Likewise, the department of Vice President Frans Timmermans will approve new regulations on the importation of goods, with tolls for those that, in their opinion, generate more environmental impact in their construction. In a first list, the sectors that can be affected are energy, cement, steel, aluminum, petroleum refining, paper, glass, chemical products and fertilizers.

This new rule will alter the rules of international trade by taxing imported products based on the gases emitted to manufacture them. The plan has caused fissures in global supply chains and has unsettled large trading partners such as the United States, Russia and China.

Carbon tolls
The European proposal would open a new front in the fight against climate change by setting the world’s first carbon caps on traded goods. Brussels says it wants to prevent polluting industries from moving production outside of Europe to avoid the bloc’s emission limits and then export back to the EU. The proposal also envisages using the economic clout of the EU to send a powerful signal to other countries to start regulating carbon emissions.

In its preliminary report, the European Parliament supports the Commission’s initiative to use the revenue generated by the border adjustment mechanism as new own resources for the Union budget. “This border adjustment mechanism for carbon emissions is part of the European Green Deal and is a tool to achieve the Union’s goal of net zero greenhouse gas emissions by 2050,” he adds. In fact, the mechanism is expected to serve to finance recovery funds.

The EU plans, despite the existing differences with the Border Adjustment Mechanism (CBAM), are beginning to find a new partner in the United States in the fight against climate change. The Secretary of the Treasury of the United States, Janet Yellen, who participated yesterday in the G-20 of Finance in Venice, defended the setting of a global minimum price for carbon emissions.

“We continue to consider a series of policies to reduce our carbon emissions. Some of the measures being considered could put an implicit price on carbon that could be a useful element shared with other countries,” Yellen said.

The US secretary stressed that “addressing the impacts of climate change and taking significant steps to decarbonize” economies by 2050 “will require major new public and private investment and difficult economic decisions.”

Finally, he recalled that the President of the United States, Joe Biden, has committed to reducing emissions by 50% from 2005 levels by 2030.

The finance ministers of France and Germany were also in favor of discussing an international floor price for carbon emissions. “We need to introduce a fair and efficient carbon price. In an ideal world, the price should be the same, but we know that there are political differences for this goal,” said French Finance Minister Bruno Le Maire.

His German counterpart pointed out that “in the fight against polluting emissions” it is necessary to find a solution in the next two years, and was confident that it would be possible to agree on an international minimum price.

After almost three years of study, the Commission will also announce the reform of the CO2 emissions market, which will include new sectors that will have to buy emission rights, which will have an impact on the prices of their services. Mainly, this area is expected to include transportation and construction, although there may be exceptions for the transportation of goods and for private jets.

With all these measures, the European Union will completely review its climate objectives so that the installation of renewables goes from 32 to 38-40% and that of energy efficiency from 32.5% to around 38.5%, mainly focused on energy home renovation.

All these changes, however, are already having an impact on wholesale market prices and inflation indicators. The ECB adjusted its climate policy last Thursday to take into account the impact of this energy transition on inflation.

According to data from the wholesale markets, electricity prices remain through the roof on the threshold of the presentation of the new European regulation.

This weekend in Spain they will remain at 90 euros / MWh but forecasts point to an even higher increase in the coming months. The futures market forecasts predict an end of July in which the daily market will exceed 100 euros / MWh. This level will be reached even after eliminating the 7% tax on generation and having reduced VAT and for the entire month of August, the futures markets set prices of 99.51 euros / MWh.

The vice president of Ecological Transition, Teresa Ribera, has stated that her main objective is to alleviate the negative effect that these prices are causing on consumers, although she has admitted that this situation will continue to persist over time.

For the regulator, this situation “will mean an increase in the consumer’s bill without there being a guarantee that all the technologies that receive this higher market price can respond to said signals.”

Energetic reform
The Government has launched a strategy that aims to transfer part of the cost of electricity to fuel. On the one hand, it has presented the green cent – now renamed the National Fund for the Sustainability of the Electricity System – which aims for part of the costs of renewables and cogeneration to be paid for fuel and gas.

In this way, the electricity bill is reduced by 12% and the price of fuels -which will become more expensive up to 7 cents per liter- or gas that can cost around 50 euros more per year. To alleviate this effect, the Government has put an additional measure on the table: the reduction of windfall profits -now renamed as carbon dividends-. This measure aims to reduce the remuneration received by nuclear, hydroelectric and wind power plants by 1,000 million.