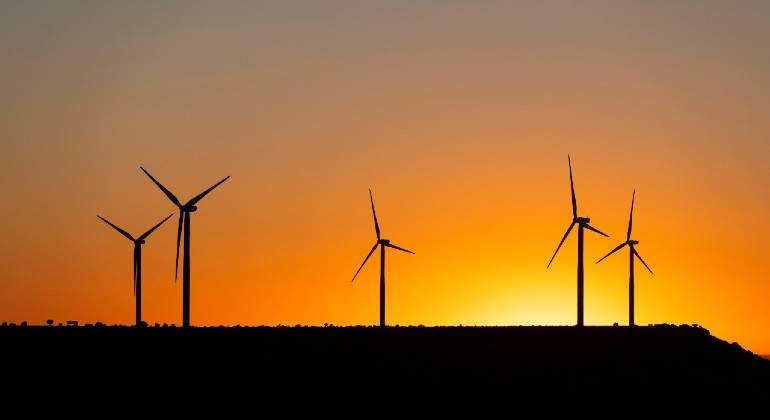 As for utilities , the week has also been intense for the renewables sector , following the announcement of the government’s shock plan to halt the rise in electricity and gas. The announcement initially provoked criticism from investment banks, due to the legal uncertainty created by these measures, which included changes in the remuneration of renewables for long-term bilateral contracts -PPA-. See more news about renewables in the Economist Sustainable investment and ESG.

Based on the new regulations, it could happen that renewables firms would have to return to the regulator an amount greater than what they receive, according to these private agreements, for the sale of electricity. The sector’s employers’ association (APPA Renovables) warned that this could lead to hundreds of plants in Spain to sell with significant losses “or even to paralyze their production . ”

However – and after a Thursday of sharp stock market declines – the waters calmed down on Friday , as the possibility emerged that the Government would exclude PPAs from this measure. “If this qualification were confirmed, it would be good news for the renewables sector,” said Aránzazu Bueno, from Bankinter, who added: “In total, there are about 5,000 million in PPA contracts in renewables that also function as a bank guarantee , with which the problem is also financial. The sector, especially renewables, should receive this news positively . ” On average, the 8 in the sector posted 0.7% on Friday, with Soltec leading the gains and recovering 4.3% (after falling 1.8% the day before).

From Sabadell they pointed out: “We believe that the rectification would be positive for the renewables sector to the extent that it would clear up any doubts that may have arisen regarding its future growth in Spain”.

Spanish clean energy companies have come to this critical week sporting positive recommendations from analysts. The consensus experts collected by FactSet give almost all of them buying advice. The only one in the sector that analysts do not like is precisely the renewable giant in this country, Siemens Gamesa, which, in fact, has a sell (and whose business has nothing to do with the rest, since it does not produce electricity but makes turbines).

The remaining 7 companies listed on the General Index of the Madrid Stock Exchange receive a purchase advice. These are -ordered from highest to lowest capitalization- Acciona Energía , Solaria , Grenergy , Solarpack , Audax Renovables , Soltec and Ecoener . It should be taken into account, however, that some of these securities receive very little monitoring: Soltec is analyzed by only 2 entities, and by Solarpack one (on the other hand, its price has not moved since the EQT fund presented its takeover last year. June 16).

Even if the measure is carried out, the impact would not be the same for the entire sector, as it includes very different companies. In the words of Víctor Peiro, General Director of Analysis of GVC Gaesco, for example, in the case of Acciona Energía, “as it is highly diversified abroad, the impact would be limited”, and would not imply, in his opinion, changes in the recommendation given by analysts.

“Nor in Greenalia and Ecoener, which are companies with most of the business in generation. Although they may be affected, the analysts were not considering the sale at excessive prices, but normalized ones.” Audax, for its part, “is, for the moment, a marketer and produces little, so the measures affect it little.” Finally, Soltec and Grenergy may see the sale of parks slowed down because investors may have doubts, but almost all the sale of their parks is outside of Spain. The impact will be limited.

Solaria, ‘bought’ a year later
With a consensus of 16 analysts, Solaria was the last value in the sector to change its hold for a buy. It had been a year since he had that recommendation. This same Wednesday, Sabadell began its coverage of the value (with a buy), and the analyst Rafael Bonardell, who gives the share a potential of 43%, explained: “A history of profitable growth (double-digit IRR) at prices ( current) competitive. After the poor performance of the stock in 2021 and from highs 2020, we believe it is a good entry point for an attractive growth story in an industry with good prospects and more competitive than 10 years ago. ”

If we look at the largest companies in the sector in Spain, Acciona Energía, which is the second largest company in the sector by capitalization, only surpassed by Siemens Gamesa, has been sporting a buy since it went public on July 1. The consensus expects its net profit to grow 83% this year, to 364 million, and an additional 15% in 2022, when it will reach 417 million euros.