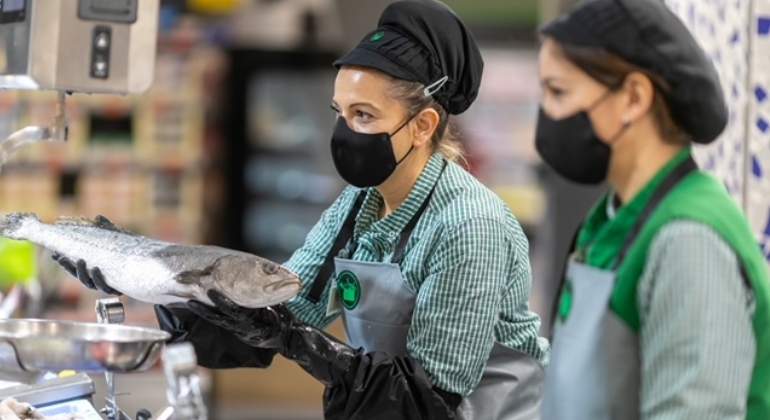 Men don’t always earn more than women. Although this is still the case in most companies, there are other cases in which the reverse is true. And a clear example is Mercadona. Among the basic staff of the Valencian supermarket chain, women earn an average of 2,042 euros gross per month, which is 4% more than men, with a salary of 1,962 euros. And something similar also happens at the next level, that of technicians, which also includes senior managers, where women earn 3.4% more (3,104 euros, compared to 2,968 euros per month).

Thus, as recognized by the company itself in its latest non-financial information report, the equivalent salaries for men in these two categories are lower by 80 and 105 euros, respectively. As explained in the company, this is due, fundamentally, to the fact that women add more seniority in the company and their remuneration, therefore, is higher.

Coordinators
In the coordinators category, the average salary of women in the last year has been 6,173 euros, and that of men is higher by 199 euros. In 2019, however, the difference was 302 euros, so the gap in this case is also narrowing very significantly in favor of women. The permanent staff is made up of 95,900 workers , with a gender distribution of 61% women and 39% men.

The company explains that “within the Mercadona model, equity is an inalienable value that is applied in a transversal manner and is specified in the principle of equal responsibility, same salary”. One hundred percent of the full-time base staff initially earn a minimum salary of 1,328 gross euros per month. The company maintains a strategy of gender equality at work that translates, among other things, into a 50% quota of women in promotion courses for managers.

Also, according to the company chaired by Juan Roig, “with equal merits and ability, it is expected that the person of the least represented sex can access.” There is a plan to prevent and punish harassment, to use inclusive language and non-sexist images, to train in equality and in non-sexist selection techniques those in charge of recruitment and management personnel, and a protocol for action in the event of gender violence. For all this, Mercadona has “a monitoring commission in charge of evaluating compliance with the measures and proposing actions in the event of finding imbalances”.

Mercadona emphasizes that “it promotes diversity, an integrating value that reinforces its development, with which it increases the obtaining of results and improves its competitiveness”.

To do this, it promotes working conditions, as it says, “respectful of diversity in all its areas through a corporate neutrality policy, which the data alone supports, as evidenced by the fact that 61% of the workforce is women and that the Group already has 1,971 women in managerial positions “, compared to 1,800 in the previous year.