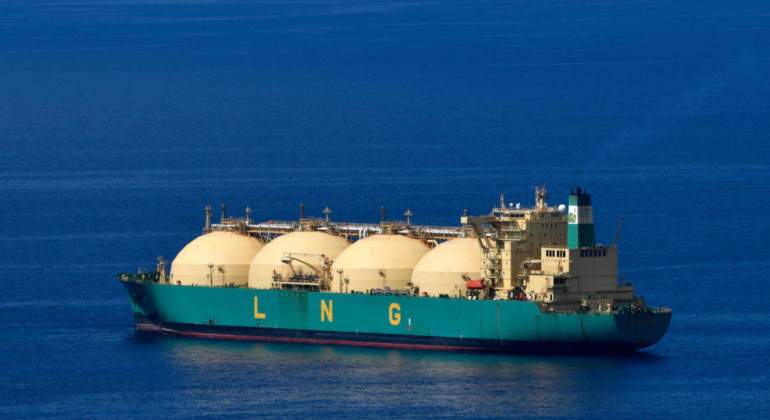 Natural gas prices are skyrocketing. A strong demand that has been recorded in recent months have joined some unexpected problems in supply that are generating a kind of perfect storm , which is joined by other factors that are bringing the price of electricity at peak historical in all Europe.

Europe faces an energy price shock as the cost of natural gas and electricity rise. The gas supply crisis is driving up the cost of producing energy in Europe: from the United Kingdom to Spain prices do not stop reaching highs , just when companies reopen and workers return to the office (more mobility and transport ), which is increasing demand even more.

Experts from the financial agency Bloomberg assure that this increase in prices is fueling inflation and threatens to halt the economic recovery , since the electricity bill reduces the budget for other purchases by families and triggers the costs of energy-intensive industries , ranging from those dedicated to fertilizers to steel. This phenomenon generates a loop that pushes up the price of almost everything.

The price of natural gas futures skyrockets
If energy is more expensive, producers will have to raise the prices of their fertilizers, which in turn will affect farmers , who will raise the price of fruits, vegetables, vegetables, cereals … until they reach the consumer, whose pocket It is already bored by the electricity bill.

The natural gas crisis
One of the most relevant factors in this crisis has a first and last name: natural gas. Prices in the natural gas market have reached highs for several years and the energy situation for Europe is getting complicated, say Julius Baer. “The strong rebound in the world economy combined with a shift to natural gas for environmental reasons is pushing markets to their capacity limits, with production cuts in North America and Europe pushing the market to the limit .”

“The production lost by the storm together with these current market conditions has limited our ability to accumulate natural gas inventories, so we expect prices to remain higher in the short term than we had thought,” says the expert. of the EIA.

“The problem hasn’t even started yet,” said Julien Hoarau, director of EnergyScan, the analysis unit of French power company Engie. “Europe will face a very harsh winter,” says this expert in statements to Bloomberg . International markets are ‘on fire’ and Europe needs to import gas. Production from Europe’s largest natural gas field (Groningen) in the Netherlands is close to coming to a halt, while production disruptions in the North Sea and the Gulf of Mexico (from hurricanes) are straining international markets.

The price of natural gas today is equivalent to when a barrel of crude reached 100 dollars
European benchmark gas futures traded in the Netherlands are hitting unimaginable numbers, as are UK prices . The price of natural gas today can be compared to that of oil when it exceeded $ 100 a barrel . Short-term energy in the UK has also hit record highs, but this trend is affecting the whole of Europe.

Hot weather and low wind power are holding back renewable energy production, boosting the use of fossil fuel-powered generation (including coal) and driving up the price of coal by more than 70% in Europe this year. All this raised the cost of pollution in Europe to the highest in history.

Bloomberg experts say Europe is facing a gas shortage after a harsh winter that has left storage facilities ‘shivering’. Now, companies are trying to accumulate inventories, but it is not being easy at all. The main supplier, Russia, is limiting flows at a time when Asia is ‘catching on the fly’ cargoes of liquefied natural gas that could otherwise go to Europe.

“A market out of control”
“It seems as if the energy market, including natural gas, energy prices and carbon allowances, are out of control. Prices appear to remain on a strong upward movement past multi-year highs or new record levels. , as in Europe “, assure the experts of Julius Baer.

These turbulences are the consequence of some factors that have been underestimated (an accelerated energy transition), unforeseen dynamics, but also, to some extent, it is the fault of a market that has been very relaxed. The rapid rebound in the world economy, combined with a switch to natural gas for environmental reasons, has pushed complex supply chains to their capacity limits. The demand for imports of liquefied natural gas is high, they explain from the Swiss bank.

As demand outstrips supply for cleaner energies, generation shifts to alternative fuels such as coal, which also causes problems in that market, amplifying the rebound in carbon allowances in Europe that are in short supply. the need to cover additional emissions.

Europe suffers the storm
“The European market seems to be the place that suffers the greatest intensity from these global dynamics, especially given the dependence on imports of fossil fuels. In recent days, temporary supply interruptions related to hurricanes and cuts in the Sea of North have aggravated the tension and the worries on the inventories of fuels before the arrival of the winter “, maintain the experts of Julius Baer.

“If we have an extreme weather event, I wouldn’t be surprised if spot prices hit triple digits,” says Hoarau.

Executives at Italian utility giant Enel SpA and Austrian oil and gas company OMV have already warned of a difficult winter coming. Gas and electricity prices in Europe could translate into a 20% increase in the bill for European retail consumers, according to Citigroup.

“The specter of energy poverty may quickly fall across Europe this winter,” Citi analysts comment in a note. Utilities in the UK, from Electricite de France to EOE, have already raised national rates.

“As the current strength in wholesale prices increasingly carries over to retail rates in the coming months, more attention is likely to be paid to the role of governments in mitigating the impact that high prices will have,” says Glenn Rickson, director of European energy analysis at S&P Global Platts in London.