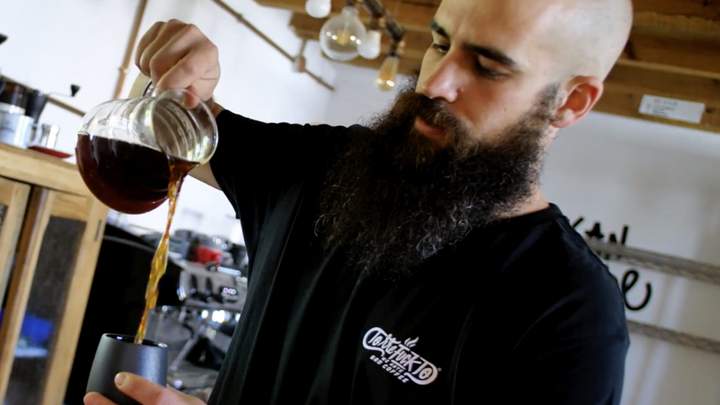 The company is building a new roaster at its current facilities in Zaragoza within the expansion project that also includes the purchase of coffee without intermediaries and within the framework of fair trade and achieving zero CO2 emissions.

The new roaster will multiply the productive capacity by ten, going to roast around 100 kilos per hour, which will mean 700 kilos per day, as explained by Ezequiel Garcés, CEO and Head Roaster of San Jorge Coffee Roasters, to elEconomista

This new machine is located in a new spacious warehouse, on a rental basis, with which the company has expanded its current facilities in El Burgo de Ebro, in Zaragoza, to house this new roaster, which is expected to be in operation already in the following days. In addition, it will also be improved in the labeling to gain in efficiency.

The expansion of production capacity is the first axis within the growth project that the company is carrying out and for which it recently launched a campaign of collective microfinance through the tokenization technique with which they have already achieved up to the 200,000 euros at the moment with which they will cover this first phase of their plan.

With the campaign, which will be open until September 30, it is expected to be able to obtain 500,000 euros to cover the three parts of the project, which includes a second phase to be able to buy coffee directly without intermediaries and betting on fair trade, and work to achieve zero CO2 emission in the company or negative for what you want to plant polonias due to its great capacity to absorb CO2 in the surroundings of its facilities.

The forecasts are positive because “we are in the middle of the crowdfunding campaign ‘Tokens for warriors’ and we have already achieved 40%. We hope to reach 100%” with this microfinance with which they have opted for tokenization “which is a trend in companies and football teams. We have chosen it as a form of innovation “.

People who buy these pseudo-currencies will have a series of advantages and benefits, in addition to having the possibility of being partners and owners or participating in decision-making, among others. There will also be a name mug on the roaster and the investors’ names will be put on the trees. In addition, depending on the amount of the investment, you can travel to Colombia within the next trip that is prepared for the purchase of coffee.

The company’s forecast is to close the year 2021 with a turnover of one million euros compared to the 200,000 with which the year 2020 ended. The company, which was created five years ago as a coffee roaster to sell this product to the public Aragonese, thus contemplating taking an important leap, since the turnover in the first year of life stood at 30,000 euros.

“In the first three years we had a measured growth because we had to build hospitality clients, the physical distribution … The first turning point was to create a strong brand to give the brand more presence in 2019,” adds Ezequiel Garcés, who started San Jorge Coffee Roasters together with Miguel Garcés and Enelko Aranaz.

In growth, the digital commitment and B2B sales will have a special weight, in which it is achieving positive results and which were promoted especially as a result of the confinement by covid-19 and the closure of the hospitality industry. “We bet on the digital part and we began to increase sales and have a greater reach” for which we also opted for home marketing.

Sales in the last year have increased 400% and 90% today is digital. In fact, the coffee, which is the San Jorge brand, is sold online through its website, currently adding more than 6,000 customers throughout Spain. “Our online sales are complemented by the reality show that is broadcast once a week to publicize the corporate culture and the daily life of the roaster”, being the first to be recorded in this type of facility. Its menu has coffees from more than 150 origins.

San Jorge Coffee Roasters -name that comes from San Jorge for being the patron saint of Aragon-, also has a coffee shop in the center of Zaragoza, which opened last year. The objective of the company is to open a second establishment, although it has not yet been defined. Nor does it rule out internationalization, although, for now, the focus is on the main project with the construction of the roaster.