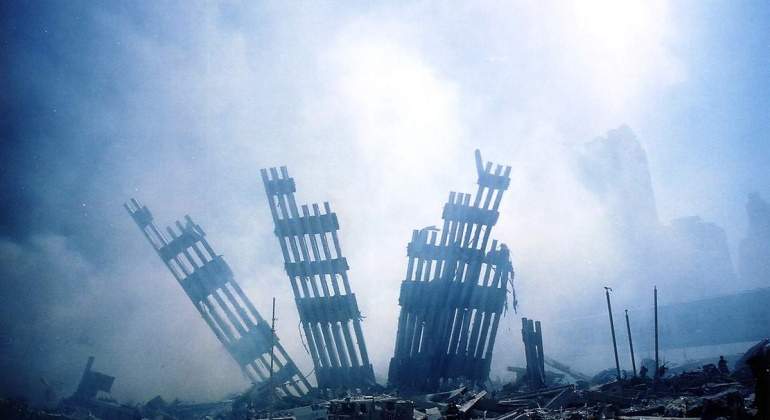 When Jeff Immelt took control of General Electric on Friday, September 7, 2001, the last thing that could cross his mind is that in just four days the event would take place that would mark a before and after in his company, his country and its world.

He probably spent the weekend preparing his first moves as president, trying to put an end to the setback that the company had suffered in the stock market for the past 12 months.

The company had lost 30% of capitalization from the all-time highs that it had touched just a year ago, and the drop was greater than the 25.4% that the market had fallen, the S&P 500, in the same period, still suffering from the bursting of the dot-com bubble.

But on Tuesday , September 11, 2001, the first black swan of the 21st century appeared. Unexpectedly, the attack in New York by the jihadist group Al Qaeda was a shock of incalculable consequences at that time.

The sinking of General Electric
Immelt, as a new president, had to deal with a first setback directly related to the attack: an impact of several hundred million dollars on his insurance business and an immediate crisis in his aviation engines sector.

The day before the attack, General Electric capitalized $ 427.79 billion, a size that exceeded that of the next 16 largest companies in the sector combined, from Johnson Controls to the newly christened Airbus. 20 years later, the 20 largest companies in the industry and transportation sector in the world have increased their capitalization by 137%, almost 2.5 times their size, and the leader is no longer Edison’s company: in the stock market who now ruled by size is a Chinese company that manufactures lithium batteries, Contemporary Amperex Technology.

Now, the market is much tighter: Contemporary Amperex capitalizes 181,282 million dollars, only 17% above the second largest listed industrial, the American Honeywell International.

The new leader represents a new world that has also developed in the years after 9/11, in which the search for energy efficiency has grown so much that it has made the largest industrial company in the world be directly focused on this company .

The decline of General Electric to ninth place in the large stock market firms in the sector (a long series of problems, especially derived from its financial branch and an excessively large structure, ended up sinking its price), however, it has not ended. with the US hegemony among the largest firms in the industry: if in 2001, 14 of the 20 largest companies were US and accounted for 80% of the capitalization of this group, in 2021 there are 15 of 20, with 74% of the total , based on FactSet data.

In addition to General Electric, Johnson Controls, the company that in 2001 remained the second largest listed company in the industry, has waned over the years. Now it capitalizes about 53,000 million dollars, which is not enough to be among the top 20 companies by size, and the second silver has passed into the hands of Honeywell International.

The storied thermostat company (founded in 1906) has risen 4 spots in the last 20 years, and now manufactures and sells a wide variety of products, such as home and building control products, industrial filters, lighting products. , parts for motors, integrated panels, systems for network communication, etc. A wide range of products that places it as the largest non-Chinese industrial company on the planet at the moment.

It is not the only company in the transport sector that has stood out for its good performance in the last 20 years. Union Pacific Corporation is the fourth largest company at the moment, and the one with the most positions gained in the 20 years since 9/11: 14 positions. It is a historic company in the United States, founded in 1862, and today it remains among the companies with the highest margins, and growing, among the largest companies in the S&P 500.