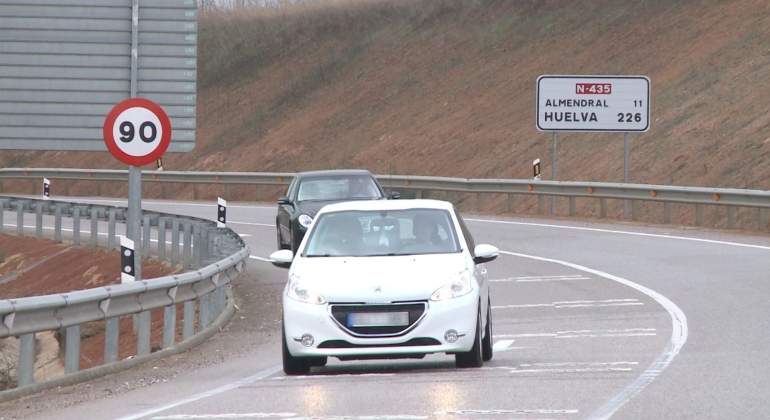 Already in the final stretch of the summer campaign , the General Directorate of Traffic (DGT) has wanted to clarify one of the points with the highest accident rate . Both in the summer season and outside of it, conventional roads are the roads that register the most accidents and so Traffic never wants to lower its guard. For this reason, he has used a series of guidelines to avoid one of the most reckless maneuvers that exist.

Who has never had to go on a one-way road where the driver in front, due to road conditions or his vehicle, slows down. Always at 90 kilometers per hour as the maximum speed on this type of road, overtaking this is a legal maneuver (as long as there is no continuous line, change of slope or other conditions that prevent it) but it can endanger road safety .

This is why this type of overtaking always raises many doubts , since a car in the opposite direction can impede the overtaking maneuver or, in the most extreme case, cause a scare that can be fatal. And without the range of 20 km / h to overtake the vehicle in front , the speed limit will always be 90 km / h, so the maneuver must be done to ensure safety.

First of all, the driver behind must be totally sure that he wants to overtake, has the conditions for it and can do so with full guarantees so as not to cause accidents. All this implies the aforementioned speed, that there are no opposing vehicles in the opposite lane and that the road conditions allow the maneuver.

Once this is assured, the next step will be to indicate the maneuver with the left turn signal . With adequate front and rear separation, so that in the event of sudden braking there is no serious collision, the overtaking driver must stay in the opposite lane as little as possible .

The minimum distance between two vehicles must be enough to travel in two seconds
Once you have passed the vehicle, you must return to your direction, again indicating the maneuver this time with the right indicator. In addition, both before overtaking and once the other driver has been passed, the recommended distance should be two seconds between both vehicles (three, in foggy or rainy conditions).

In other words, sufficient separation so that, depending on the speed of both cars, there is a distance that can be covered in two seconds. Which explains that in the event of sudden braking, the rear driver has a certain margin for maneuver and reaction.

What if the vehicle to overtake is a bicycle?
For its part, the DGT has also wanted to explain how to correctly overtake a bicycle. Another of the most dangerous maneuvers on conventional roads and, therefore, one that causes the most fatal accidents in this case on a vulnerable actor such as a cyclist.

Here, being able to occupy part or all of the opposite lane even if there is a continuous line, as long as the circulation is not jeopardized, the minimum lateral distance for overtaking must be 1.5 meters and speed must be reduced. Always signaling with the turn signals, once the cycle has been passed, the driver will return to normal circulation, being able to return to 90 km / h.