A new expansion in Destiny 2 means a new raid, the ultimate aspirational content the looter shooter can offer. Since the release of the original Destiny in 2014, Bungie has always delivered the hype with these six-man activities, even if expectations are sometimes too much to fulfil.

For Guardians who play Destiny 2, the Witch Queen is soon coming to you. This enormous addition will introduce a slew of new features to the game, including a brand-new Raid. We don’t yet know the Raid’s name, but we know when it will be released.

On Saturday, March 5, the new Raid in Destiny 2’s The Witch Queen expansion will begin at 10 a.m. PT/1 p.m. ET. The classic World’s First Raid Race will commence on that faithful Saturday as even casual players are eager to discover the mysteries hidden deep inside every corner and cranny the Raid has to offer. 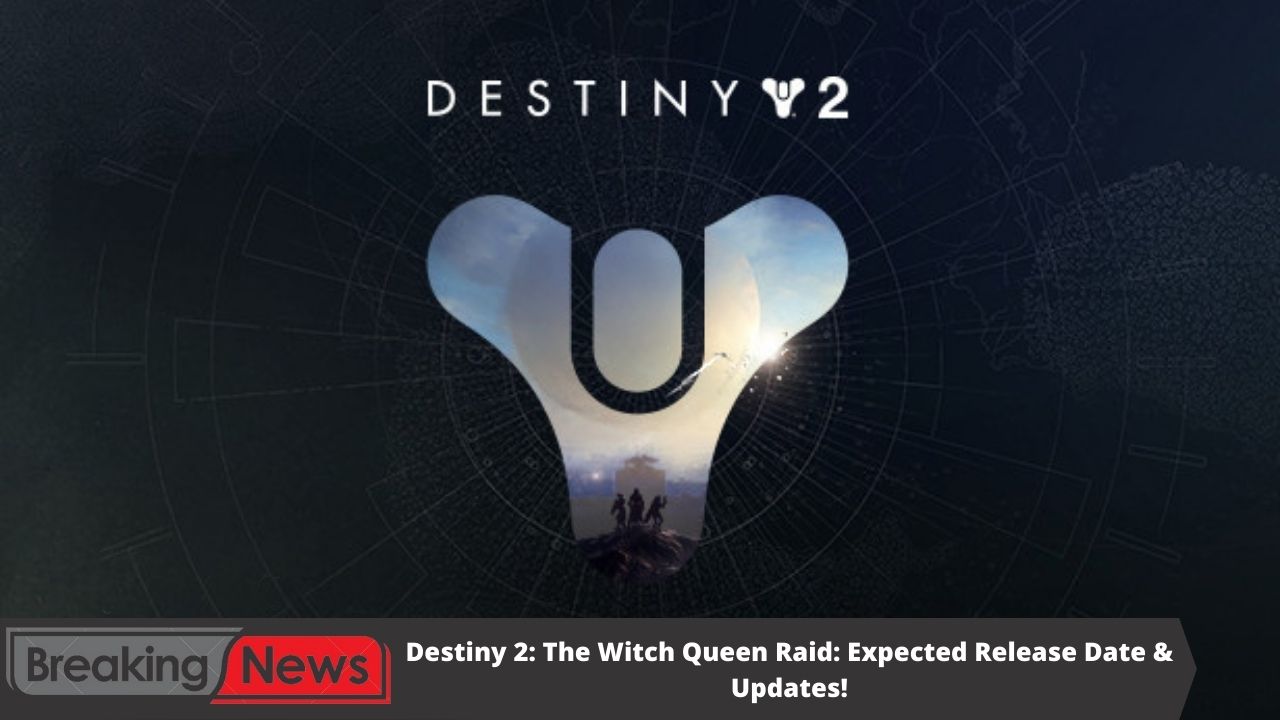 So far, all we know is that the attack will take place within Savathun’s Throne World’s sinking Pyramid ship. You must go inner and face the old peril that has been imprisoned within: this gives us an idea of what the Raid will entail.

You will be facing off against the clever Hive goddess Savathun and her freshly enhanced army of Hive Lightbearers on her Throne World, one of the expansion’s new destinations, when it comes.

Destiny 2: The Witch Queen will have an extensive campaign, a new Raid set on a Pyramid ship, and even more weapons, including the new Glaive special weapon type. Season 16 will overhaul the current Void Subclasses with Aspects and Fragments like Stasis, while The Witch Queen will provide a new weapon forging system and quality-of-life enhancements.

You will come up against Savathun’s Lucent Brood of Hive Lightbearers in Destiny 2 The Witch Queen. By the conclusion of Season of the Lost, we should know how Savathun takes the Power of Light, but for now, we know she has used it to create Hive Ghosts, who can revive and enhance deceased Hive with Guardian-like abilities.

We see a Hive fighter holding and then hurling two Void shields, just like a Sentinel Titan can, in the trailers for The Witch Queen. Another Hive opponent unleashes a barrage of Solar blades like a Hunter, while a Wizard-like Hive soldier generates an Arc lightning storm akin to a Warlock.

Like regular Guardians and their Ghosts, Lucent Brood Hive may be reborn by their Hive Ghosts, making them very difficult to deal with. To prevent more resurrections, you’ll be able to locate and smash Hive Ghosts.

This game is adding quality-of-life changes.

Seasonal Artifacts and Mods: Artifacts will be given a makeover to make them more appealing. Each one offered 25 different armor modifications, but you could only unlock 12 of them at a time. It will provide players with a lot more choice and versatility. It will also have Anti-Barrier Scout Rifle and Bow modifications, Overload SMG and Auto Rifle mods, and several unique Glaive mods.

Master working Weapons: Once a piece of armor has been master crafted, it may be changed to a different energy type for a lot less money. Meanwhile, multi-kills will no longer create Orbs of Power with master prepared Legendary weapons or Exotic weapons with a completed Exotic Catalyst.

Blue Engrams and Gunsmith Reputation: Once you’ve achieved the new soft power threshold of 1500, rare gear will no longer drop from playlist activities. Completing Banshee’s daily bounties and destroying Legendary and Exotic weapons and armor will give players Gunsmith Reputation.

Before its release, players have around a month to prepare for the release of The Witch Queen and Season 16. Bungie likes to limit Power in its Contest Mode, placing everyone on an equal footing if they make it to the floor. We don’t know the power ceiling for Contest Mode yet, but we shall soon get to know.

Rugby 22 video game: Is This Series Renewed or Cancelled?

Season of the Lost, the latest season of Destiny 2, has arrived, and it will be a long one. This is because the game’s next expansion, The Witch Queen, had been postponed. Starting with Destiny 2 Season 16, we will get The Witch Queen, followed by a year of DLC until the release of Destiny 2 Lightfall in 2023.

Following Lightfall, we know that the next expansion, officially dubbed Destiny 2 The Final Shape, will be released around 2024, implying that Bungie’s loot-shooter MMO will be around for a long time. Honestly, we are here for it.

Conflict Eternal, a six-player, matchmade, offensive-style action similar to Override and Astral Alignment, is coming to Destiny 2. Not much is known about this. However, one picture shows a group of Guardians battling through the Lucent Brood Hive in Savathûn’s Throne World to the palace.

This game is more significant than life, and I am so excited to see what it has in store for us!