FromSoftware Inc. has recently been in talks. There have been speculations regarding the brand new Armored Core’s ongoing making and upcoming release for Armored Core 6. This unique sci-fi world that features a dynamic mechanical action has gripped the attention and heightened the anticipation of fans!

Since the release of glimpses in screenshots and video clips from the games released by developers and individuals, the new Armored Core game has been rumoured. This video game series will be released in the coming time as this will be the sixth version of the Armored Core series and will be released after another game lined up by the makers this February.

With the latest news about a new game, Elden Ring, released on February 25, 2022, Armored Core has been getting fans worked up. But the actual information is quite contrary to the date mentioned about the game being released. It is estimated that a new Armored Core will get launched in the coming year 2023 or even in 2024. 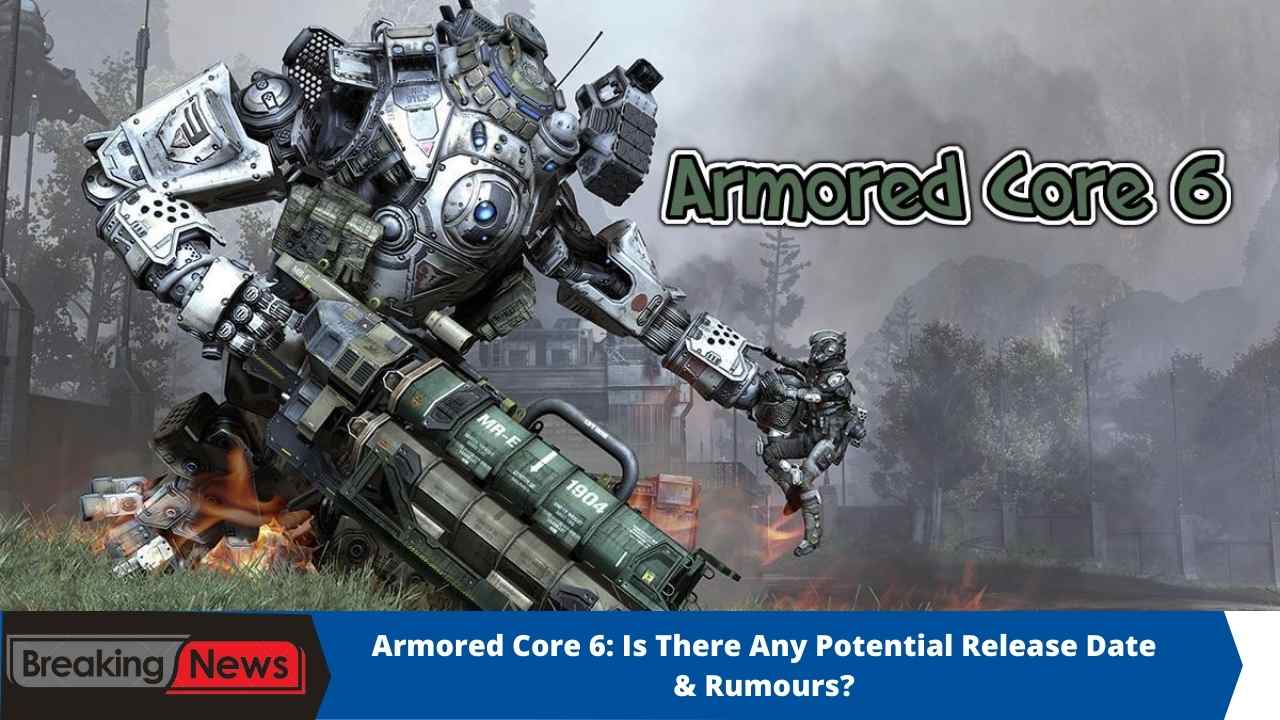 Creators had last released the fifth version in this series back in January 2012 and in 2013, Armored Core: Verdict Day. After almost a decade, the sixth version of Armored Core has created a lot of stories regarding the launch. Apart from the small parts of the game, nothing else has been revealed yet. Therefore the date of release is still somewhat unsure.

This new Armored Core will be available on platforms like PS5, Xbox Series X|S, and PC for players to access and use, just like the previous parts but mostly in newer devices. Players can play the game on both consoles and with a keyboard and a mouse. Latest Armored Core will be a third-person shooter game, and gamers and supporters are gearing up waiting for the launch after so much time.

Armored Core has not specifically announced the release of the game. Rather we just got a few leaked screenshots of the game. It shows a changing gaming landscape and a few shots where a battle seemingly takes place. These photos, however, have been leaked by Red Liquorice. The pictures are still up on Twitter to view and are heavily watermarked, making it kind of hard to make out anything.

The developers and publishers have not released any trailer yet, but we can hope for them to release as soon as they are done with the release of the lined-up game. Fans are very excited after the pictures are made available and are waiting for official confirmation.

As of now, one cannot predict the way the gameplay of the new  Armored Core will go. However, the source that released the screenshots and two 30-second “videos of gameplay from the game has given some insight into what we can expect from the upcoming match.

The video shows a scene of an epic boss fight and the second more like in-world gameplay, in a snowy area”. The source has written about the synopsis that the new video game might follow, Melange, an unknown substance that can evolve humankind at a drastic rate. In the past times, the substance had caused a cosmic catastrophe on planet Bahtar.

After many years of the unfortunate incident or accident, the reaction to this substance has been confirmed once again, which should not have been possible, and there are too many characters involved, ranging from the government to cultists to unknown beings, and our protagonist has been deemed a part of this.

Armored Core 6 will be a TPS mecha action game that allows the player’s character to move around on a vast map resembling a sci-fi world. The players get to fight strong enemies and access both long-range and short-range guns and melee weapons like blades and shields.

The vast map mentioned will be a three-dimensional map with extreme challenges while letting the player choose between tactics that might be offensive or defensive to win against the foe. The characters in the game are shown to be pretty elite and complex.

With such dynamic characteristics, the players get to build their suit and experience this sci-fi world distress and save humanity! Apart from this, we can only wait for any official updates about the latest version.

So buckle up to control the mechanical warriors, help save the world for good, and get victory to your name!