Blackbird Interactive is ready to launch Homeworld 3 in the upcoming times, as both gamers and non-gamers alike get ready to hop right into the world of classic real-time strategy series. After first being announced, the game has kept fans waiting for it to be released, and finally, their prayers have been answered!

As declared by publishers, this new simulation and RTS-genre game is the most intense and pleasing gameplay experience ever to be in the series.  Third, within the Homeworld series, Homeworld 3 is anticipated to be one of the best game sequels for the series’ supporters.

Gearbox Publishing has formally confirmed the release date of Homeworld 3. They have announced that Homeworld 3 will be launched in the fourth quarter of 2022! 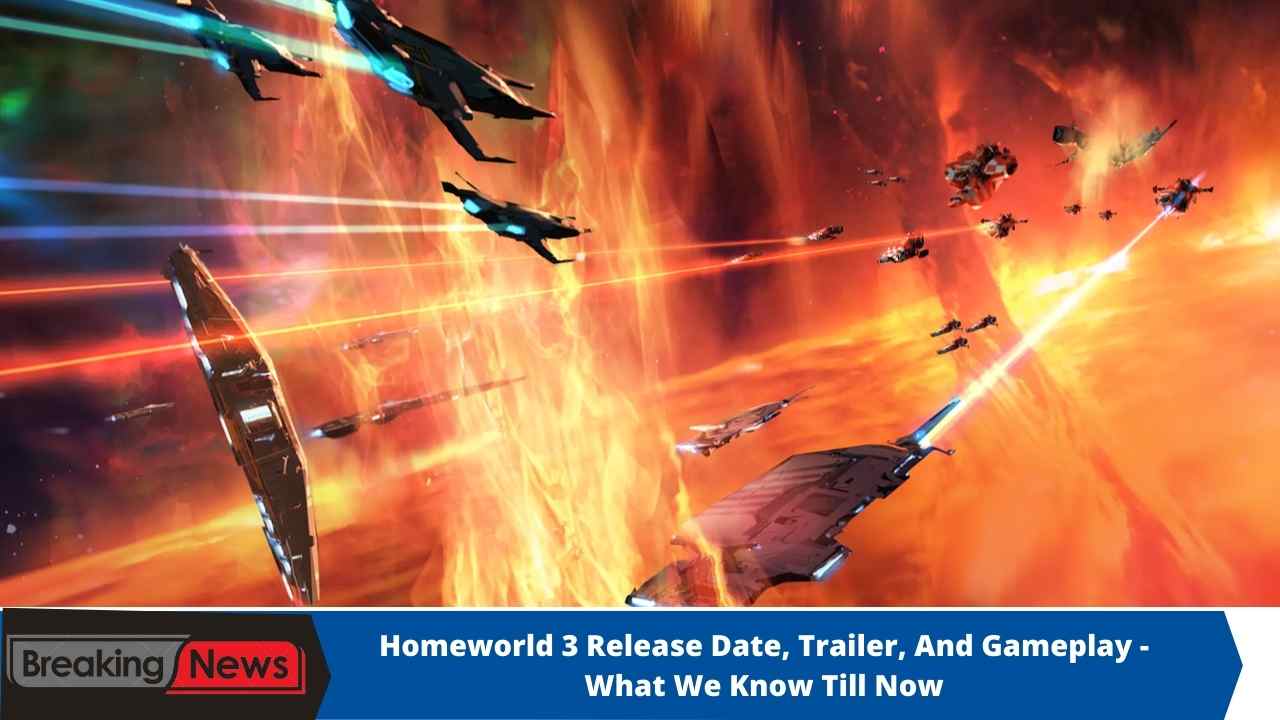 As of now, there is no exact date of release, but fans can be sure about the stage it is to be introduced. The game will be made accessible on Microsoft Windows for players.

The makers had publicised the game back in 2019, but then nothing was revealed after that, and now, after over a decade, the sequel to Homecoming 2,2003 is ultimately coming out. This launch will make fans go hard to polish their hands for Homeworld 3. It is now available to be the wish listed on Epic Games Store and Steam.

The game creators have released a small, approximately 28-second trailer. The trailer of Homeworld 3 initiates with a shot that is incredibly breath-taking of planets, asteroids, and galaxies. Our main character, Karan S’jet, who was also in the first two games of the series, acquaints us about a ship, the Khar-Toba, set out to  Kushan.

The protagonist characters in the past two Homeworld series are now shown, who are on their journey returning to  Hiigara. Then, S’jet shows scenes where the most central moments are presented in the most professional filming from both Homeworld and Homeworld 2.

The trailer shows us a demo of the space battles and the gameplay, which players can play except once Homeworld 3 comes out. Apart from this, nothing can be derived as of now as to what there will be in the game. The trailer closes up with the logo of Homeworld 3 emerging on the screen.

Homeworld 3 is well- expected to be a 3D style, simulation, RTS game. If we suppose from the

trailer, next to none has been revealed, the new series will chiefly concentrate on the cosmos setting and the planetary and outer-space themes. The Homeworld series is top-rated amongst its audience, and it is for its leading gameplay and effortless access to it.

This new game will have the players find the answer to the unidentified problem that terrorizes the entire galaxy’s future, and only one can save the world. You! With unique and strategic gameplay, players have to take on their enemies with all the new modern pieces of equipment and technology.

Players can use the falling apart remains of an ancient advancement to surprise the opponents with a strategic ambush or protect our party. Even with everything going right, things might not just be in your control. Dangerous space phenomena such as particle storms and asteroid fields will put your ability to the test.

The gameplay offers fully simulated flares that make the line of sight and cover players’ essential strategic considerations with cinematic shots. There will also be modes where players can challenge each other to intense 1v1or free-for-all—playing in the team battles, or tag team as in the all-new co-op mode, with a baleful turn of events.

Get all set to command your army now and fight against your antagonist in the picturesque and extraordinary space locale. Can you have the victory to your name.?

Are you ready to emerge triumphant in the space and claim your tag as the supreme Homeworld 3 victor?