The EKO Software-developed video game Rugby 22 is ready to be released in January 2022! This interactive game will be made available on platforms like Xbox Series X and Series S, PlayStation 4, Microsoft Windows, PlayStation 5, Xbox One to access players and fans alike. Rugby 22 is a simulation game where players can play “modern” rugby and have the fun of proper rugby.

Fans seem pretty excited for this release as the developers have brought the timely January release of the game once again. The developers are releasing Rugby22 after 2020.

Nacon and BIGBEN INTERACTIVE are ready to release Rugby22 on January 27, 2022! On December 15, 2021, the publishers released the game’s teaser announcing the date of release. The fans of this game are very pumped up as Rugby22 will follow up Rugby20, which came out in 2020, and no version of the game was released in 2021. 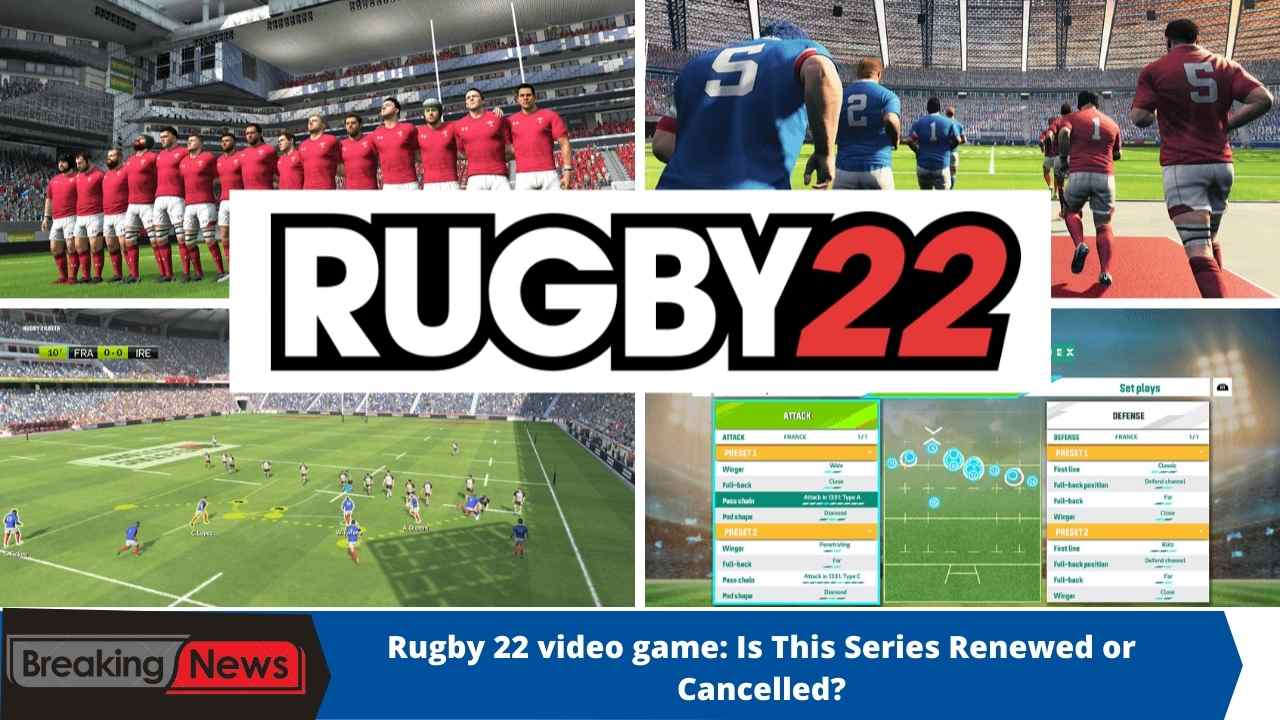 The teaser showed dominos that fell into the shape of the All Blacks, one of the teams which announced their entry into the game. Fans were pretty much excited. As of now, this is the latest date of release, and nothing else has been said.

Rugby22 is a video game that offers an authentic rugby experience with a complex yet intriguing tactical system. The game gives its players a real-like experience that recreates the intensity of the sport’s big matches in the round.

The game allows its players to take control of the biggest rugby clubs and the best rugby nations and enter the most prestigious rugby competitions in all single-player and multiplayer modes, both local and online. Rugby22 will feature over 60 OFFICIAL RUGBY TEAMS, allowing the players to play with a wide range of official clubs and the national teams featured in this season.

The publishers released the teams in Rugby22, and they are from Ireland, France, Fiji, Italy, Japan, Scotland, Georgia, and Wales. Adding to the earlier units, two new teams are from Australia and New Zealand’s All Blacks. Only 12 teams have been announced, and fans are waiting for more.

Rugby22 is a video game to play rugby. As simple as that is, the game is very advanced and features many advanced technical features for the real-life experience of rugby. Developer Eko has promised many improvements to an already complete game experience. The AI has become more realistic, with a new difficulty mode added.

The faces of the players are more realistic because of the use of photogrammetry, and many technical adjustments have been made to improve the gameplay that people play. The game has access to the licenses of the two elite tiers of French rugby, namely, the Top 14 and the Pro D2 and the United Rugby Championship – meaning players can play as any of the four Welsh sides. With all of these features and the popularity of this game through fans of all ages, this becomes a real piece of perfection.

Apart from these features, Rugby22  allows its players to play like the pros, which we look up to and enjoy the realistic rugby simulation. As mentioned, the game has to be played on a console, and playing using the keyboard and the mouse is not possible. At the same time, learning the basics of the sport and training to become the best player allows us to show our skills on the field to win the game! Everything has made rugby fans rejoice in the top leagues with all the official groups.

An authentic rugby experience awaits your presence. Are you ready?