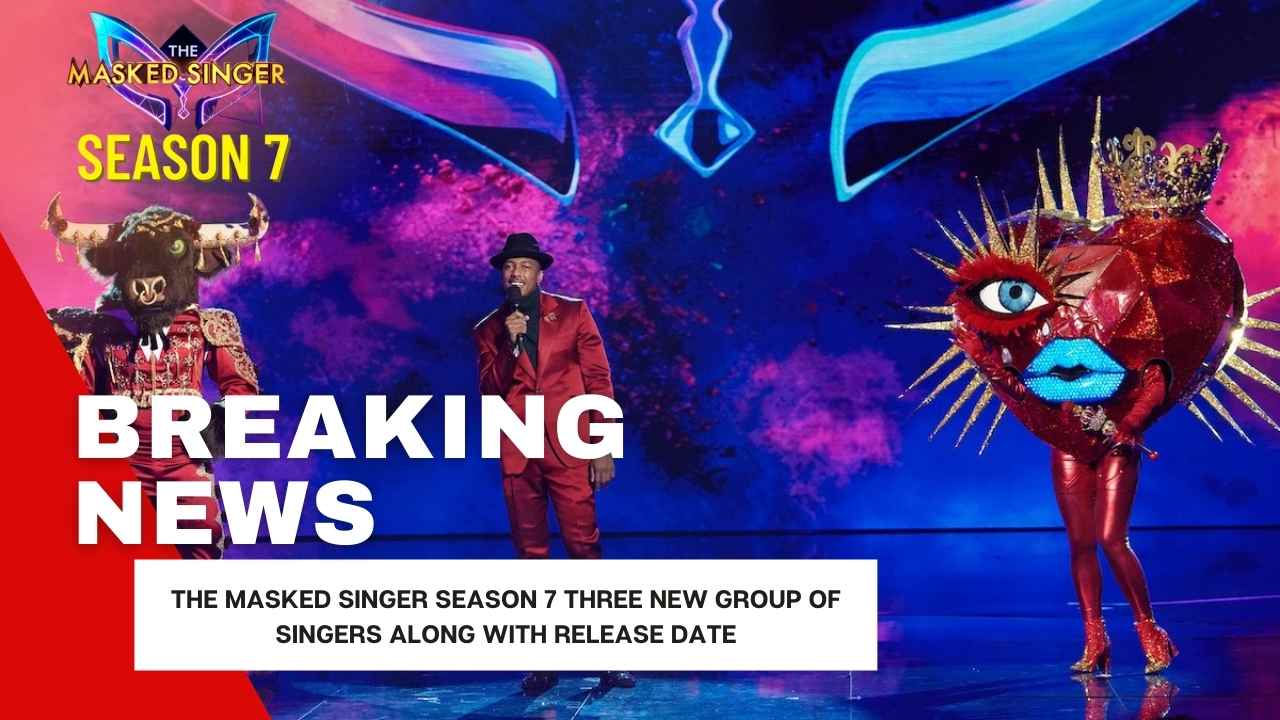 Get ready for more celebrities in crazy fun costumes singing their hearts out, as The Masked Singer Season 7 is on its way this March on Fox. Based on South Korea’s original iteration, the reality competition series has become a global phenomenon.

The Masked Singer is a famous singing competition series that is hosted by Nick Cannon and features celebrity contestants in costumes to conceal their identities. A panel of industry professionals such as Jenny McCarthy, Nicole Scherzinger, Ken Jeong, and Robin Thicke will interpret clues to figure out who the masked singer is.

The Masked Singer Season 6 wrapped up in December 2021, with singer/songwriter Jewel winning the competition.

The Masked Singer Season 7 will officially premiere on Wednesday, March 9, at 8 p.m. The new season will present us to the faces hidden behind the masks. Nevertheless, their characters have been revealed.

The reality competition series was held on Wednesday at 8 p.m. ET/PT since it debuted in 2019. When it returns in March 2022, it will share Wednesdays with the new Fox series Domino Masters that Modern Family star Eric Stonestreet hosts.

Without a doubt, part of the success of The Masked Singer has been the amazing and unique costumes that have been created for the show to hide the celebrity singers. In season 6, fans were treated to costumes like Queen of Hearts (Jewel), Baby (Larry the Cable Guy), Mother Nature (Vivica A. Fox) and Banana Split (the duo of David Foster & Katharine McPhee).

A first look at The Masked Singer Season 7 aired as part of Fox’s coverage of the NFC Championship game on January 30. In the promo, a new crease was revealed, with costumes falling under one of three categories: the good, the bad and the cuddly. Additionally, six outfits were shown in the video though they weren’t specifically named.

The video looks like The Masked Singer Season 7 will feature what we will call for right now: the Frog Prince, Butterfly, Gladiator, Cyclops, Space Squirrel and Lemur. The names for the costumes and additional ones are expected to be announced as we get closer to the March 9 premiere date.

According to Variety, contestants won’t compete solely against others in their costume categories to start as it was in Season 1. Rather they will all battle each other. It seems it’s more just a fun thing to describe their new slate of costumes while making a nod to the classic Clint Eastwood/Sergio Leone western The Good, the Bad and the Ugly.

We’re not going to get too much on clues before The Masked Singer Season 7 debuts on March 9, but with the promo above, some things could be helpful once the series gets underway. Here’s what we can decipher from the promo:

An aerial shot of Las Vegas cuts to someone skimming a Casino chip before donning the Gladiator helmet. Could Gladiator also be a professional gambler or an artist with a Las Vegas residency?

A performer is wearing a cowboy hat and fringe-laced jacket, which has been associated with country music stars for a long time.

Nick Cannon has served as the host of The Masked Singer since the very beginning, and he is slated to emcee the reality competition series once again in season 7. Similarly, The Masked Singer panel of judges has not changed throughout its run, as Ken Jeong, Jenny McCarthy, Nicole Scherzinger and Robin Thicke will be back to interpret the clues and guess who is behind the masks.

We’ll provide more information about The Masked Singer Season 7 as it becomes available.