According to Deadline, in their quest to build Hasbro a media empire, eOne has made a big move in securing director Rawson Marshall Thurber to lead their Dungeons & Dragons television series. The Red Notice director will creatively oversee the adaptation of the wildly popular tabletop fantasy game from Wizards of the Coast alongside developing a pilot script and executively producing them.

Since Hasbro purchased them, the series has been on eOne’s mind, and it already has plenty of potential streamers interested in exploring more.

eOne’s involvement with the franchise

Rawson Thurber will write and direct the pilot script and execute the hour-long project, garnering interest from multiple buyers. 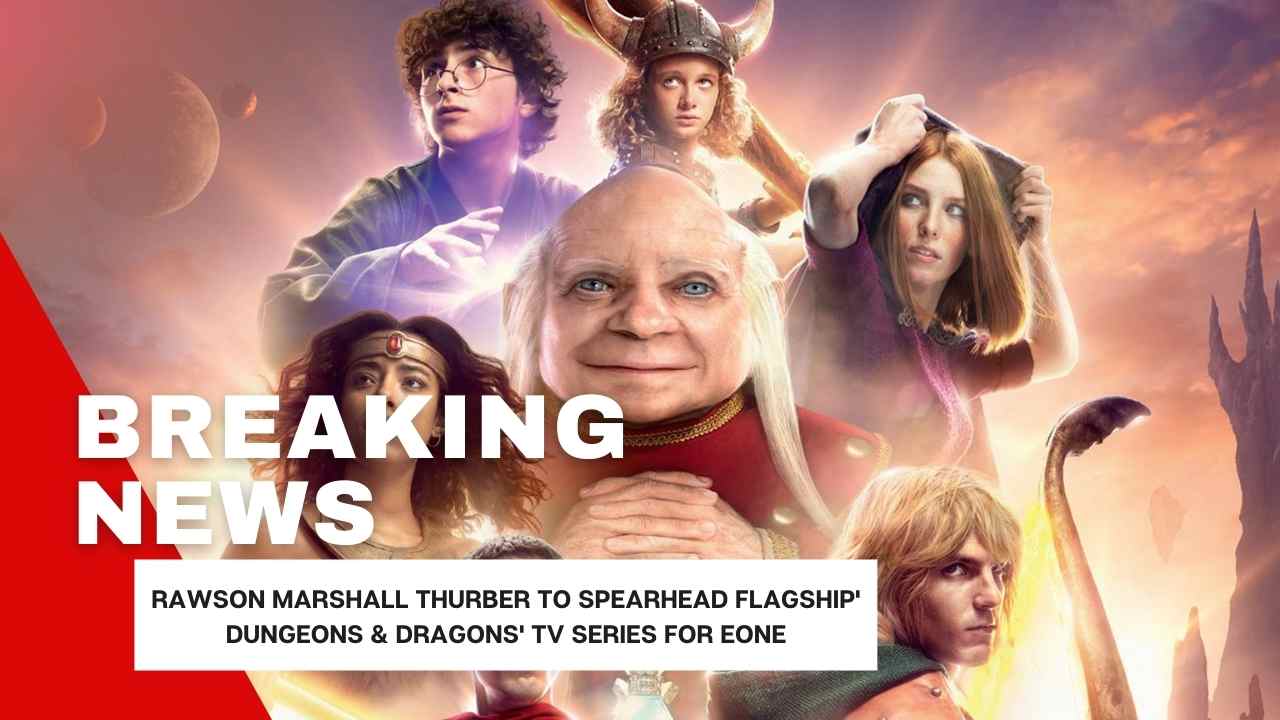 eOne intends the show to be the beginning of a large Dungeons and Dragons universe, with Thurber brought in to set the tone for the series as an A-list powerhouse. This first series is the anchor for the spin-offs and other series to follow. eOne has closed a deal for writer-director Rawson Marshall Thurber to creatively supervise a flagship, one-hour television series that is based on the universe of Dungeons & Dragons (D & D), Hasbro’s wildly-popular game franchise from Wizards of the Coast. Thurber will write and direct the pilot script and executive produce the project.

Releasing Dungeons & Dragons for television has been quite the centre of attention for eOne following the company’s acquisition by Hasbro, eOne’s President of Global Television, Michael Lombardo, disclosed Deadline in November.

“We don’t want it just to be one show, so we are building out, materialising out a multi-pronged strategy for television, several scripted shows and unscripted, and we definitely hope to be taking this out to the marketplace early next year,” remarked eOne’s President of Global Television Michael Lombardo to the officials.

The names of the people involved don’t merely stop at Thurber. Collider previously spoke with John Wick creator Derek Kolstad, who has written an action series that has not been released yet. Between Thurber and Kolstad, eOne’s Dungeons & Dragons universe will seem enticing to several streamers, though Netflix sticks out as a prime target given the current relationship with Thurber.

Thurber’s Red Notice had ultimately become Netflix’s self-proclaimed most popular film, featuring three of the biggest stars of our time in Ryan Reynolds, Dwayne Johnson, and Gal Gadot in an Ocean’s Eleven-style heist for the ages. The streaming service went all-in on the franchise, securing the three superstars and Thurber for two more additional films in the franchise, lining themselves up for a massive blockbuster popcorn saga for the foreseeable future.

Thurber has previously written and directed Dodgeball: A True Underdog Story and 2016’s Central Intelligence with The Rock and Kevin Hart.

Dungeons & Dragons is a leading fantasy entertainment franchise that is fueled by the imagination of storytellers worldwide. More than 50 million buffs have played Dungeons and Dragons since it was first published 46 years ago, including videogames and Livestream entertainment on Twitch and YouTube. eOne’s film unit recently finished production on the untitled feature film jointly produced and financed with Paramount. eOne will distribute the game in the UK and Canada and Paramount in the rest of the world.

Dungeons & Dragons fans have had a lot in store to get excited about television and film projects surrounding the beloved role-playing game. The Legend of Vox Machina newly saw its release on Prime Video, which narrated the tale of the first campaign of the popular role-playing stream Critical Role. There’s also a new eOne Dungeons & Dragons film coming from Paramount in March 2023 that wrapped its filming in August.