Based on the best-selling video game franchise by Xbox Game Studios, a first-person shooter named “Halo” – a new live-action TV series will be released soon on Paramount Plus.

The Halo TV series will premiere on the Paramount Plus streaming service on March 24, 2022.

The production company revealed the release date of “Halo”, the television show in a trailer dropped Sunday. The show follows Master Chief, portrayed by Pablo Schreiber, throughout their adventures in a time of war between the United Nations Space Command (UNSC) and an alien group known as the Covenant.

The Halo live-action TV series was announced back in 2013 and has spent multiple years in development before ViacomCBS confirmed that it was planning on premiering the show on Paramount+. The show was earlier scheduled for Showtime. 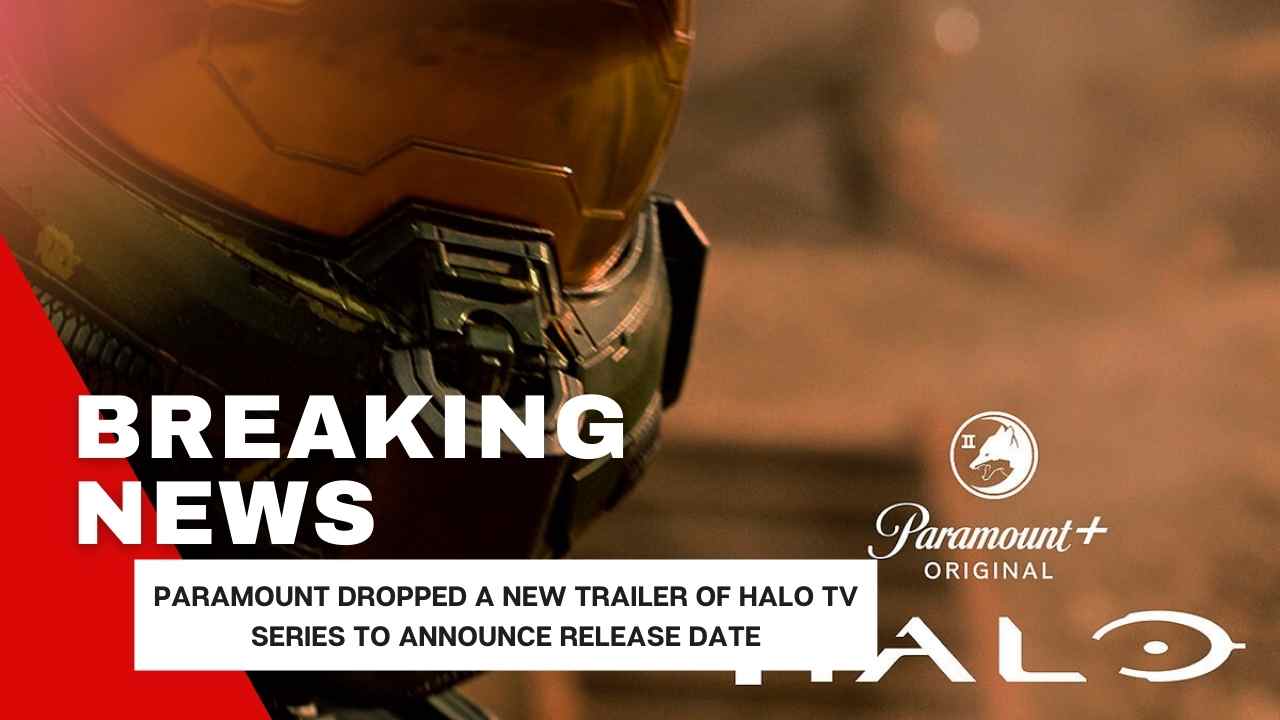 The Halo TV series tells the story of the Human-Covenant War in the 26th Century, in which Master Chief and his AI partner Cortana (Jen Taylor) attempt to stop the alien threat known as The Covenant and its genocidal movement against humanity.

While the upcoming TV adaptation seems to be very similar to Halo’s basic fundamentals, it also seems to take a wildly different path in its complete story.

The show has its own storyline following “the Silver Timeline,” named after Master Chief, played by Pablo Schreiber, who has his new team of Spartans fighting with him side by side. The group differs from his blue Team members, which consisted of Linda, Fred and Kelly from the expanded media. In continuity with the games, the team will feature Riz-028 played by Natasha Culzac, Vannak-134 played by Bentley Kalu, and Kai-125 played by Kate Kennedy. The Halo trailer shows a female character associating herself with the Covenant and appears to be set during a time when the Insurrection occurs at the same time as the Covenant.

Study: A Different Halo to What We’re Used to

Based on the trailer of the series, we are seeing several ways the Halo TV series splits from the existing Halo canon.

To begin with, the show’s Master Chief is seen performing alongside other Spartan soldiers in multiple scenes. Master Chief was the sole Spartan warrior on the UNSC Pillar of Autumn in the first Halo ring, and it looks like that will be different here.

However, that last part appears to change when Master Chief comes into contact with a bizarre object excavated by The Covenant, awakening something in Chief that sets him on his path. This mysterious object also leads to a completely different way the first Halo ring itself is discovered.

Another significant change to Halo lore comes in the form of Makee (Charlie Murphy), a new (and seemingly human) character explicitly created for the series which leads (or at least speaks for) The Covenant.

When Tall Girl 2 is Releasing on Netflix?

The idea of a human Covenant member is a considerable departure for the franchise. However, we have to wonder whether the decision was made to cut down on the inherent VFX costs that would come with a fully CG animated alien villain.

This brings us to what might be the Halo TV show’s most controversial choice – Cortana’s appearance. Though the character seems to be computer-generated in the show, Halo’s show-runners have opted to ditch the character’s blue-ish hologram look favouring a more physical human semblance.

Aside from the changes, we admire how everything looks, from the Spartan Armour to the vehicles, the Jackals and other visually faithful pieces of Halo iconography. We look forward to seeing more when Halo arrives on March 24, 2022.