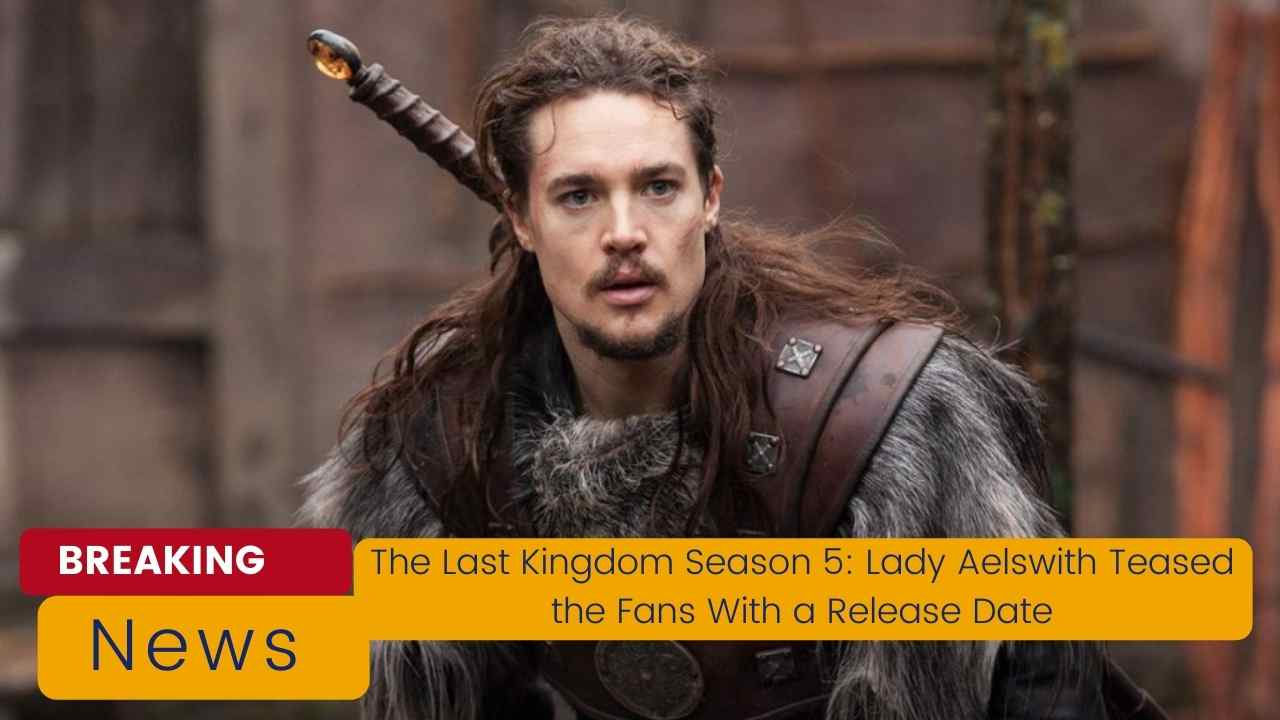 Netflix will bring back the authentic and ancient times experience for The Last Kingdom franchise fans with the upcoming The Last Kingdom season 5! The production of this movie took place amidst the pandemic crisis and finished last year. Viewers are very excited to delve into the series as the new season will feature many dark twists and turns, and your characters might be dealing with this season.

As the anticipation for the upcoming ‘history-drama’ surges, read on to learn more about The Last Kingdom season 5.

There is no official release date announced for The Last Kingdom season 5 yet. However, we can expect NETFLIX to drop the new instalment in early 2022. Makers will premiere the series on the popular streaming service Netflix.

The show makers took to their Twitter and announced on June 22nd, 2021, about the completion of the series. So fans have assumed the epic will be released somewhere in April-May 2022. We can only look forward to any new updates regarding the release date.

There have been recent speculations about the release date of the show. Eliza Butterworth, who plays the role of Lady Aelswith, has in a way teased the die-hard fans of the series.

She posted a thought-provoking and very serene-looking photo of the character from the forthcoming season on her Instagram! The picture featured Lady Aelswith wearing royal attire in blue and white. This wife of the late King Alfred seems to be thinking about something with utmost thought and calmness. The teaser/photo captioned as follows, “Lady Aelswith in @thelastkingdom Season 5. Coming to @netflix suuuuper sooooon. Wonder what, Lady. A is thinking in this photo?

The post led to fans anticipating a release soon in the future and the craze is very rea for The Last Kingdom season 5 is also said to be the last season of the series, but there is some good news! Although this will be the final season of the series, there will be an upcoming feature-length movie named, Seven Kings Must Die.

The Last Kingdom season 5 will reportedly have the same cast from the last season, and all the characters who survived the previous seasons are coming back! Jon East directed the series, and viewers cannot wait for the new season.

Fans seem glad for the cast reappearing as the story progresses.

The Last Kingdom season 5 is rumoured to follow the synopsis as Uhtred will realise his destiny of being more than just staying in Bebbanburg, and this will change not only his but also the future of England. As he is responsible for training King Edward’s first-born son Aethelstan to become a warrior, Uhtred’s aim will go a notch higher. But to achieve this destiny, Uhtred must face his greatest enemy and be ready to suffer from the most valued losses.

Fans seem concerned about what Uhtred could lose in the coming season. The possibilities range from children Young Uhtred and Stiorra to his beloved friends like Finan or Sihtric.

More details were announced at The Last Kingdom’s London MCM Comic-Con panel, where Butterworth described her character, a recovered Lady Aelswith and new friend/comrade, Eadith, as a surprise new team to keep notice of.

The Last Kingdom season 5 is is said to consist of 10 episodes, similar to seasons 3 and 4. Based on “The Saxon Stories” novels by Bernard Cornwell, viewers will follow the adventures of a warrior, Uhtred of Bebbanburg, who was born a Saxon but raised as a Dane. Set in the ninth and tenth century England, the fifth season of The Last Kingdom will go over the events of the ninth and tenth novels, Warriors of the Storm and the Flame Bearer.

The makers have released no official trailer as of yet. Fans can, however, expect one to come out soon.

Are you ready to be part of history and watch it change? What fate awaits your favourite character? Keep an eye out for The Last Kingdom season 5 this year!