Based on the novel, The Exorcist, the famous 1973 film is returning, and it’s The Exorcist Remake! Fans of the horror genre always have liked the sensational story of The Exorcist, which has been available to fans in all forms of media ranging from books to series to movies. The Exorcist has met both controversial and critical acclaim and has attained a cult following of fans over the years.

After over five decades, çeccentric, the stories are about the franchise’s movies, like the notorious ‘curse’ and the incessant flops of some of the movies from the franchise and many more. Get ready to be spooked by one of the most exceptional horror movies!

The reiteration of the classic exorcist trilogy, the first film of the trilogy  The Exorcist Remake, will release on October 13, 2023. The first film will get a theatrical release on the mentioned date, followed by the other movies.

The first film in the trilogy is still in the making, and it’s not confirmed yet when and where the second and third films will be released. The new trilogy will be a part of a deal with Universal. Instead, the following Exorcist films might be released on Universal’s streaming service, Peacock.

Now, since the original flick had first shocked audiences with its terrifying and vile idea and stomach-churning imagery that still haunts watchers to date and will continue to, with extremely well, over-the-top performances, David Gordon Green is set to create history once again. 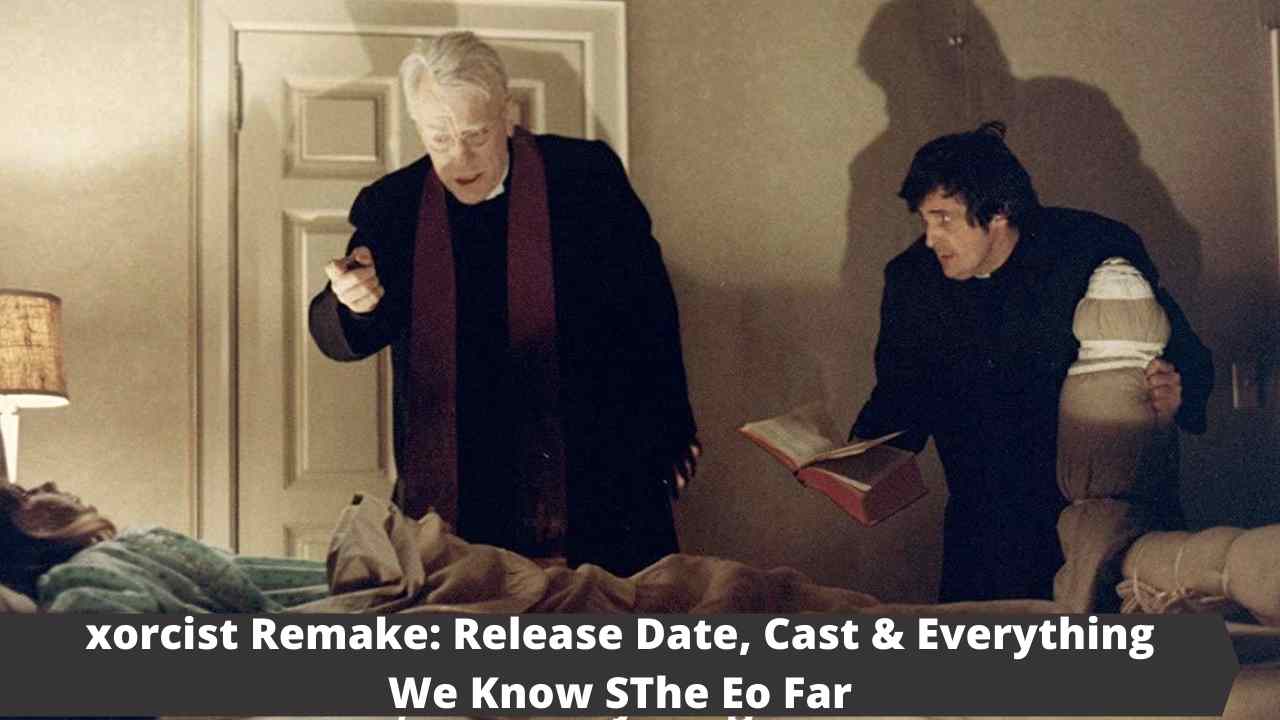 As The Exorcist Remake is set to make come back since the original was released, the characters in this new movie might differ from that one because of the extremely long time gap. The movie cast is Ellen Burstyn, who will recommence her original role as Chris MacNeil. Leslie Odom Jr. is said to star as the father of the possessed child who seeks out the aid of Burstyn’s character, Chris MacNeil.

It’s not confirmed if Regan, Father Merrin, and Father Karras will make a return to the storyline. Many of the original actors might not be present; they might have passed away like the characters of the priests or in some other venture right now. Also, as he specified in a tweet by himself, William Friedkin, director of the original film, won’t be a part of the new trilogy. Jason Blum from Blumhouse will produce the trilogy with James Robinson and David Robinson of Morgan Creek, the company that holds the rights to the Exorcist franchise.

Danny McBride and Couper Samuelson of Blumhouse have also signed on to executive produce alongside Green, with the company’s project under the care of Ryan Turek.

Nothing else has been revealed as the movie is still under production and the release date is quite far. There might be some time until we get some official announcements about The Exorcist Remake further.

Fans also cannot wait for the disgusting material they used as vomit and other dirty substances to improve in the new movies.

The story in the original movie was about a Hollywood celebrity and mother of the possessed Regan MacNeil, who had just split with her actor husband. She was living with her daughter onset near Georgetown. Creator Green has said that he plans to continue the original story rather than remake it. Fans of this franchise can rest assured that the new trilogy, The Exorcist Remake, will be a revitalizing take on the story while keeping the authentic essence of the original film.

The infamous curse has been one of the most popular stories attached to a movie. Sources back then said that the entire production of The Exorcist was cursed. An unusual amount of out-of-the-ordinary and unfortunate events occurred during the making of the film. Instances being, the whole set burning to the ground in one night, crew members and cast members getting injured or even dying during production. Eventually, the crew also notably arranged for the set to make it spiritually cleansed. Pop culture and fans considered this ‘curse’ to be the reason behind the failure of many of the sequels.

With anticipation going through the roof, are you ready for the classic horror experience which will haunt you for days to come?