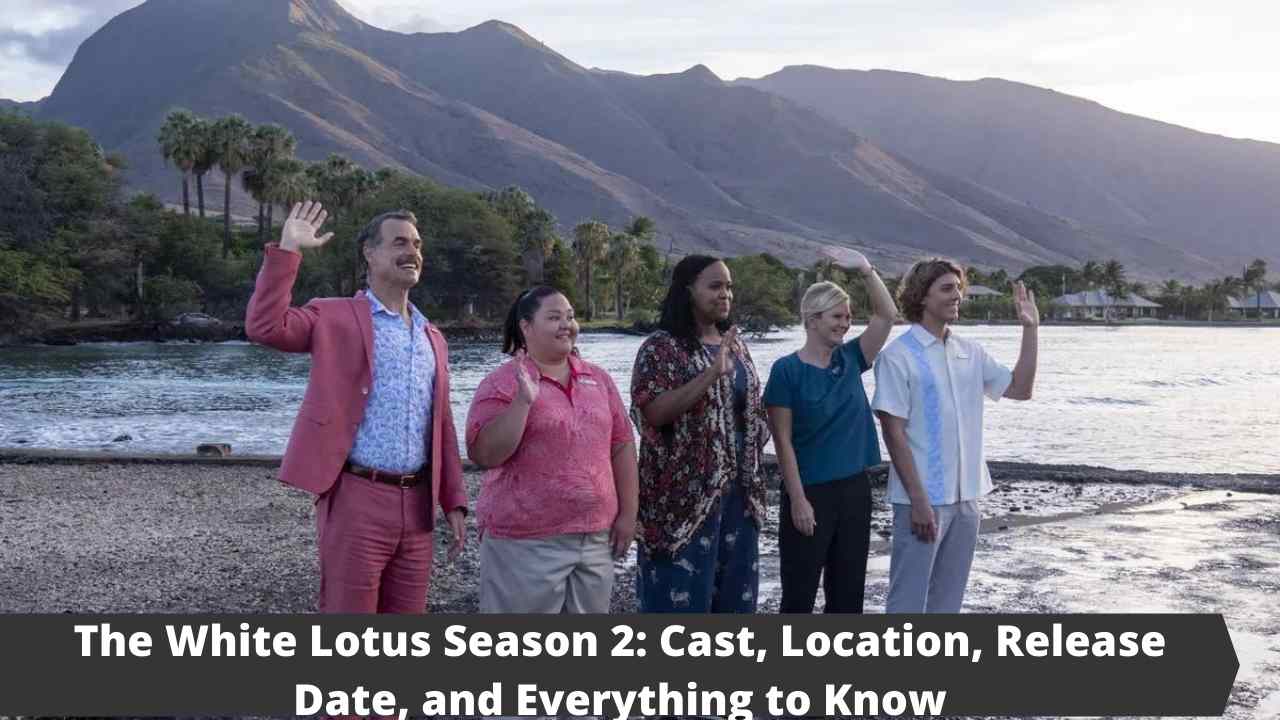 HBO is returning with the brand new season of the quirky, fun, not-so-relaxing vacation adventure series, The White Lotus Season 2! The distinctive, thrilling, and funny series has been recently in talks as the second season of The White Lotus is coming soon.

Makers set HBO’s star-filled social satire escapade at a luxurious Hawaiian resort. The new season is reportedly renewed, and fans cannot wait for the upcoming exhilarating experience. HBO had already announced a second season, The White Lotus Season 2, which will be the same in the top-tier quality delivery but look fairly different from the past six episodes in the first season.

Gear up as creator Mike White is set to deliver more elite dark humor, more adventure, and many dark twists in an anthology format this time, as reported.

The forthcoming comedy series will be very different in comparison to its previous season. The cast members of The White Lotus Season 2 will be a different set of VIPs, as the makers have announced.

There will reportedly be F. Murray Abraham, who will play Bert Di Grasso, an older adult, the man’s son, Dominic (by Michael Imperioli), and grandson, Albie (Adam DiMarco). Tom Hollander will be featured in the role of English ex-pat Quentin, Haley Lu Richardson will be playing Portia, a woman traveling with her boss, Aubrey Plaza will play Harper Spiller, who is a woman notably on a vacation with her husband as well as his friends. These characters will be the regulars this season.

The first season had Connie Britton, Steve Zahn, Jennifer Coolidge, Murray Bartlett, Alexandra Daddario, Jake Lacy, Molly Shannon, Sydney Sweeney, and Natasha Rothwell as the main cast. Some information has revealed that some of the characters from the first season might feature in The White Lotus Season 2, but it is not confirmed yet. The iconic Jennifer Coolidge has talked about how she will be part of the new season as she wishes to have lots of romance and lots of adult fun this time in her script.

Apart from this, nothing much has been revealed yet, but the makers will surely announce as the new season’s release date seeps closer.

On January 20, Variety reported that The White Lotus Season 2 would set on to Italy for Season 2. Specifically, to the resort town of Taormina, Sicily, at Four Seasons San Domenica Palace in Taormina. Fans definitely want to see a few glimpses from the show once the series is completed. Show makers had announced that the same resort would not be a part of the upcoming seasons. They might head towards The White Lotus: San Tropez or something,” or even White Lotus: Kyoto.

Creator White had mentioned once, “We would go somewhere different because there’s no way we would be able to afford the Four Seasons in Maui, not in a pandemic.” We can expect a much different setting than the bright sun, beaches, and swaying palm trees. We might be introduced to something completely new! Who knows? The new season might feature a ‘culture clash of ideas’ and other things like that. As mortifying as that sounds, we cannot wait to see it happen!

The last season was in the heart of the perfect location for a ‘relaxing’ vacation, Maui, Hawai! Viewers loved the location’s vibes and appreciated it, as the setting helped enhance the whole series.

There is no confirmed release date of The White Lotus Season 2, but we can expect the series to be aired in 2023. The trailer for the same might come out in late 2022 once the show’s making is over.

Apart from this, no other official information is known. The new series will be available to watch on the website of HBO, and the official app of HBO Max or HBO Go in the US.

When the White Lotus first came out in 2021, the satirical comedy-drama where the characters on their seeming peaceful vacation eventually get tangled in a nasty murder garnered the attention of many watchers and became a massive hit.

The HBO comedy watchers took over social media last summer, with viewers going gaga over mystery and drama between the rich guests and the under-pressure staff of a luxury hotel in Hawaii. Fans tweeted and reported about how incredible and remarkable the six-episode was.

Fans from all over the world are anticipating the release of The White Lotus Season 2, and the bar of expectations is very high, with all drama, emotion, eccentrics doubled!

Are you ready for your new stay at the new The White Lotus Season 2?