The hit Korean drama Snowdrop is getting better and better with each passing week. Fans worldwide are excitedly awaiting the upcoming weekend’s double episode, knowing that we were now nearing the home stretch after another incredibly emotional spell last week. The same fans are now eager to learn when Snowdrop episode 12 will be released online and what to anticipate from the official teaser video.

For fans of the series worldwide, it is also available on Disney+ in a few countries, including South Korea, Thailand, Malaysia, Singapore, Hong Kong, Indonesia, Taiwan, Japan, and Australia.

Following the completion of the original broadcast on JTBC, new episodes are released on some foreign Disney+ streaming services, streaming at 12:10 a.m. KST, which for most worldwide fans is Sunday, January 23rd. Depending on whatever foreign version of Disney+ you are using, episodes have been released at slightly different times.

Snowdrop Episode 12 Synopsis: What is the show about?

“Snowdrop” is a South Korean series helmed by Jo Hyun-Tak that caused a stir in the entertainment industry by causing controversy over the distortion of a sensitive historical time. Yet, it has a special place in the hearts of Rom-com fans since it has a high IMDB rating of 8.9. The show’s narrative has received as much acclaim over the weeks.

The show begins in 1987, when the female protagonist, a student at a female university, falls in love with the male protagonist, a graduate student with a mysterious and captivating personality when he leaps up in her institution’s dormitory covered in blood. She assists him in concealing the location where the lovebirds’ romance blossoms. You have to credit Yoo Hyun-mi, who has written a series worth viewing. 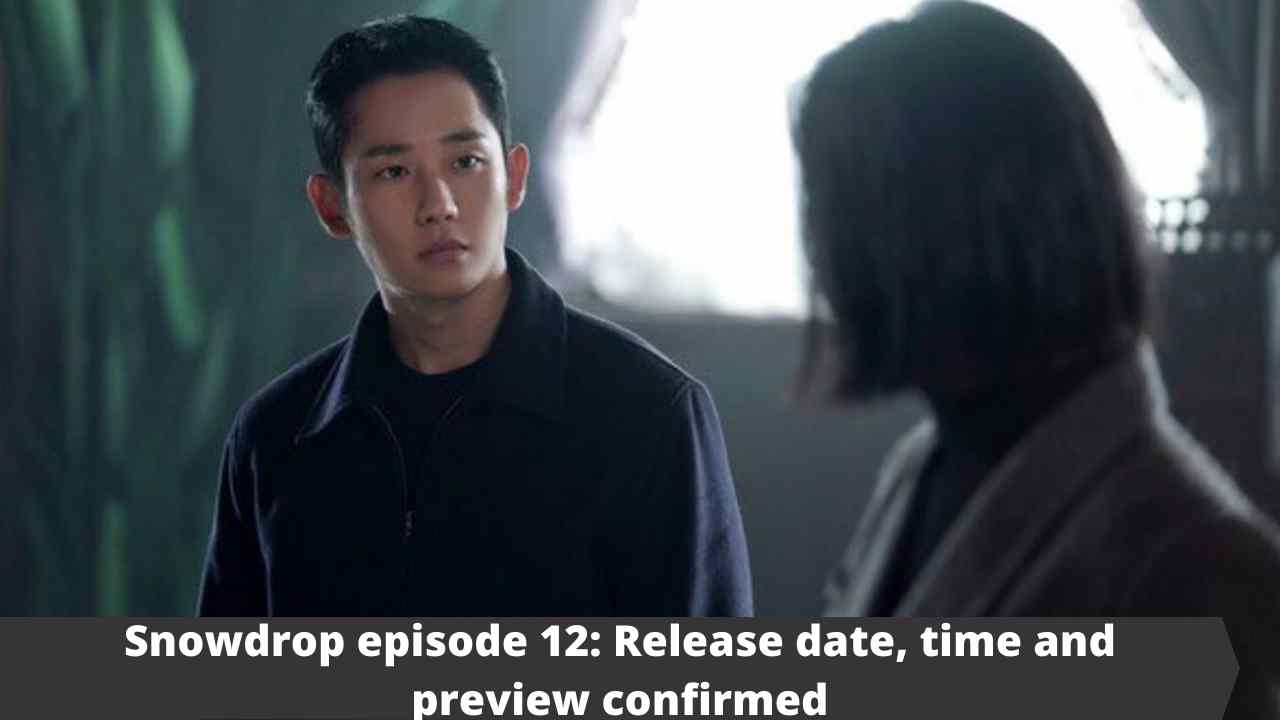 If you have been following this show for a while, you probably wonder when the next episode will be released. Now you don’t have to wonder any longer! Here’s everything you need to know!

The official teaser trailer for Snowdrop Season 1 Episode 12 was released on the official JTBC Drama YouTube account on January 16th, 2022.

According to a translated version of the video, the next episode will be named, “I don’t wanna hurt you anymore….”

A summary for Episode 12 was also provided in the video: “Suho (Jung Hae-in) and Lee Kang-moo (Jang Seung-jo) meet an unexpected ambush while conducting a plan to expose the presidential campaign to the world. No one in the dormitory can be trusted. Who is the spy among them?” – Episode 12 preview, via JTBC Drama.

Preview: What can be expected from Episode 12?

With each episode, the viewers will find the series to be more and more enjoyable. More love moments and a deeper love narrative between the two stars might be expected. We can see how Soo hoo handles the abandonment and seeks retribution. The tale has its unique twists and turns that the audience enjoys, which makes the program even more popular; it keeps you on edge the entire time.

If the audio recording is successfully captured and transmitted to the media as planned, the characters’ lives might be turned upside down the next day. But, to know for sure.

what’s in store, we will have to wait for the next episode and enjoy the thrill of the unexpected.