After much-needed speculation about its new release, it was rumoured in September of 2021 that Harley Quinn would return for a 3rd Season. Harley Quinn Season 3 will be streaming on HBO max for its subscribers. Fans of Harley Quinn are all set for streaming the raunchy and adult-focused series, owing to its fantastic voiceover cast and admirable characters. 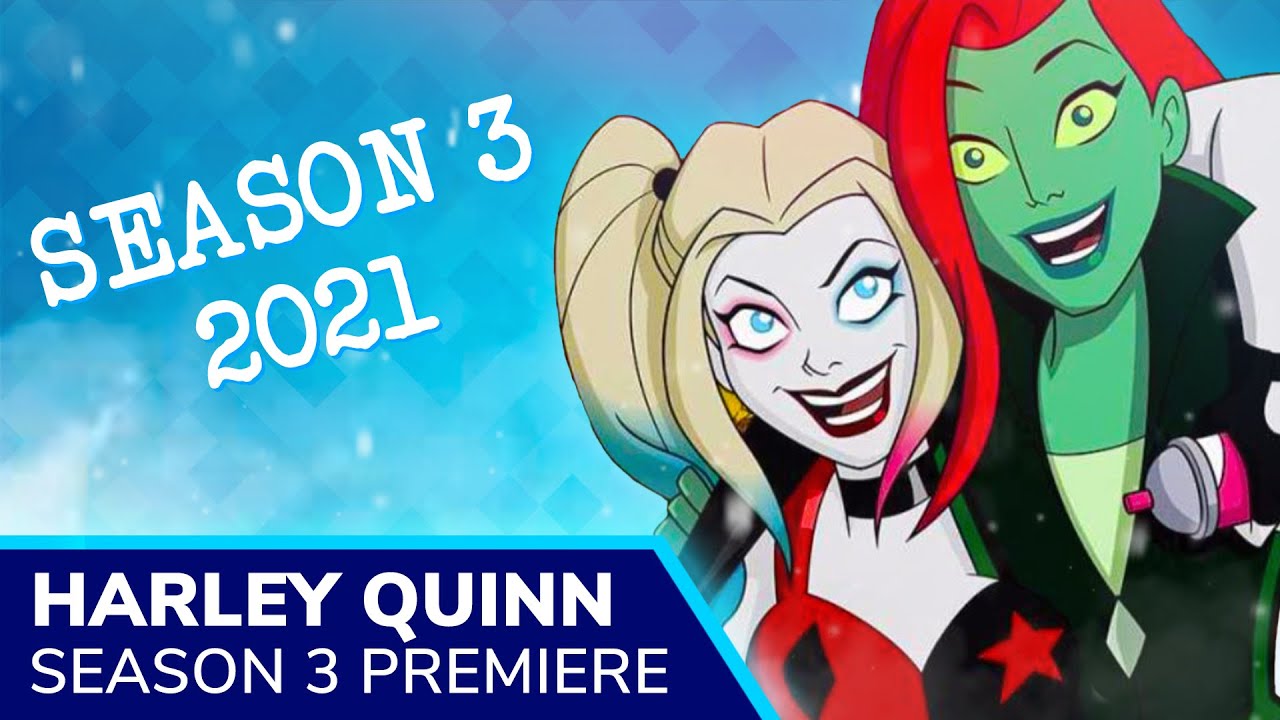 Lake Bell in the character of Poison Ivy, Alan Tudyk in the role of Clayface, the Joker, Calendar Man, Doctor Trap, and the Condiment King.

Other characters can be seen as follows:

Season 2 ended with Commissioner Jim Gordon crashing Poison Ivy’s wedding to Kite Man to get ahead of the Justice League and take down the villains who had attended the event. Harley also crashes the wedding to stop Gordon and save her best friend, for which we later learn she has feelings. Gordon flees the event shortly, and utter chaos takes place, after which Harley and Ivy finally get the happy ending they deserve and drive off into the sunset together.

In the background, we can see Gordon’s men chasing them. Towards the end, the Joker realized that he still wanted to be a super-villain and settle down in the suburbs with his new girlfriend. It makes for such an exciting story!

Fans can surely expect Season 3 to pick up where Season 2 left off, with Harley and Ivy starting a romantic relationship together. It could also be in jail if they get caught by the cops as they escape. Series creator Justin Halpern said Season 3 would explore their new relationship and dive deeper into Ivy after focusing on Harley’s character. The writers’ room even brought in new voices from the LGBTQ+ community to help diversify the staff and speak about their views on romance, respectively.

In general, there’s a lot left to explore with Harley Quinn as per the plot. After all, Gotham City is still cut off from the rest of the U.S and the world., and Harley has finally realized that she’s not the hardcore and dangerous evil villain she always wanted to be. Season 3 of the series could explore this new side as Harley Quinn finds her place as an antihero in the lives, including herself, and she finds her true self-worth.

As mentioned above, the only trailer and footage we have so far from Season 3 is some early animatic material that was introduced at DC FanDome 2021.

Harley Quinn was a surprise fan-favourite on the D.C. Comics streaming service, D.C. Universe. Amidst high-profile live-action originals like Titans and Doom Patrol, the raunchy and adult-oriented animated show found a devoted following with due appreciation to its raunchy and robust sense of humour and praiseworthy characters.