Canadian singer and songwriter Avril Lavigne has announced the dropping of her seventh Album, and we cannot wait! After Head Above Water, 2019, this will be the rockstar’s brand new Album, not just the Album.

On January 12, she also announced the release of her new song from the new album, and fans have gone crazy for the new track. This Girlfriend fame has returned to making new music after such a while. Surprising her fans with the news, she is also seen constantly performing throughout this time and appearing in interviews.

On January 12, 2022, Avril Lavigne took to all her social platforms and dropped a massive surprise for all her fans the release of her new pop-punk Album, LOVE Sux which will be released on February 25, 2022! 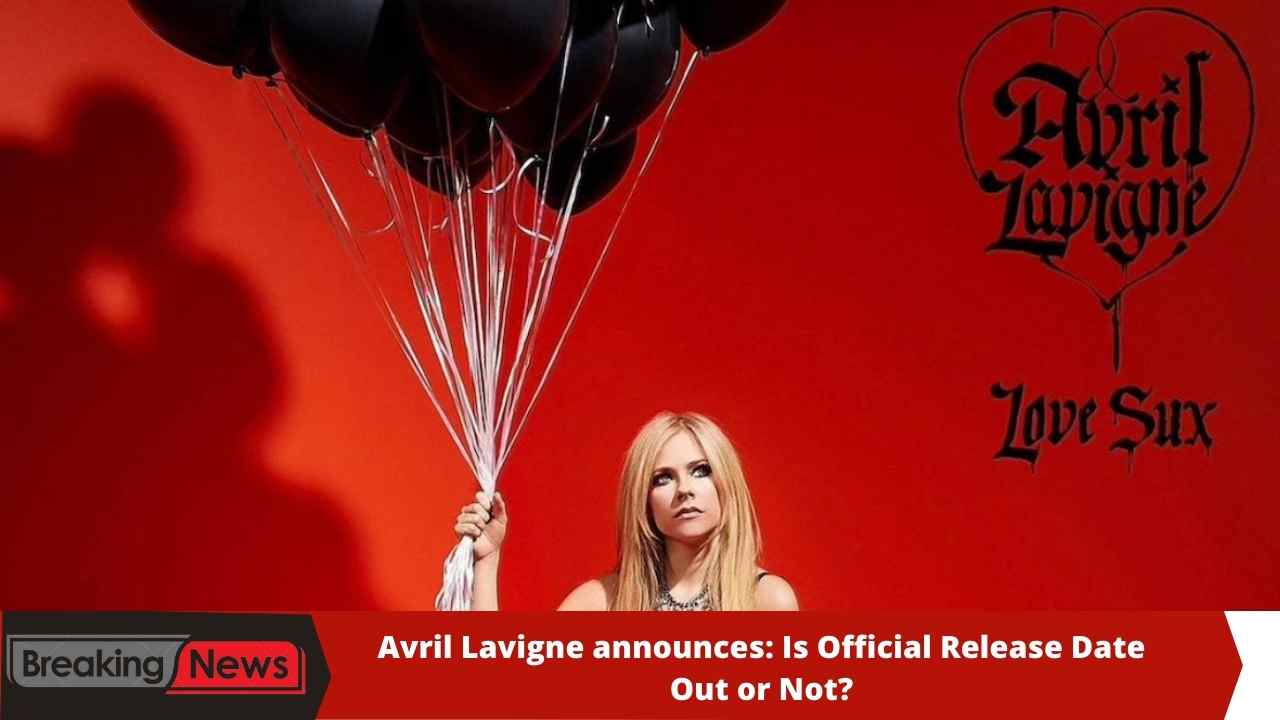 Her 7th Album, LOVE Sux, consists of twelve songs, and to add to the euphoria, the grungy pop-rock artist also declared the release of a new track from the Album Love It When You Hate Me ft. BlackBear, on February 25 as well! The new track is available to pre-save for her listeners!

On November 10, 2021, Avril Lavigne released another track, Bite Me, which was loved by her fans, turns to be a part of the new Album as well, as the tracklist is released!

Avril Lavigne has come up with another new rock album, and we cannot imagine how bomb it will be! She has been working on this Album with Mod Sun, Mark Hoppus, Machine Gun Kelly, and producer John Feldmann. In December, she announced her new baby being ‘Done’ and how the princess of pop-rock is all set to reclaim her crown after two decades since her debut- album.

She will be releasing the tracks from her new AlbumAlbum, and she might have three collaborations from our other favourite artists! Her song from LOVE Sux, Bois Lie is feat Machine Gun Kelly, All I Wanted with Mark Hoppus, Blink-182 bassist-singer, and Love It When You Hate Me feat. BlackBear, coming next month, has three different artists collaborating with our Avril Lavigne.

On January 12, 2022, Avril Lavigne posted to her social media handles about her dropping off her new pop-rock Album and oh boy, is it all new and polished! The singer dressed in an all-black outfit with a red background and holding many black balloons announced the release in her queenly way and the confidence she gave off with the look, and everything is just PHENOMENAL.

Avril Lavinge uploaded the tracklist of her Album on January 12 itself to her accounts, and the songs are:

And her fans have reacted just the way we’d expect from the fans of the rockstar. Avril Lavigne has also referred to her new album to reminisce her teenage speaking about what she is inside and how she feels. She tells how she’s just a small-town girl who loved listening to; I am a small-town girl who listened to bands like Blink-182 and NOFX and Green Day back in the days and dared to explore that and is what she is today.

Now we get our headphones and our speakers ready to blast the new grail of songs on February 25 that our Avril has brought to us. So are you prepared to be rocked by the rock star?