The Chainsmokers have returned after almost three years, and it is going to be crazier than ever with their new album TCS4! On February 24, 2020, the group took to their social media handles and announced their break from social media to work on their new album “TCS4, where they had mentioned, “the next time you see our faces on here, will be when TCS4 is ready….time for album mode”.

On January 6, 2022, The Chainsmokers announced their return with the teaser of their new single, ‘High’ from the album, which will be their fourth label. Apologizing for their return as, “Sorry, The Chainsmokers are back,” fans have gone gaga with the promotion of ‘High,’ as they have their new single promoted on all social media platforms with two doppelgangers! The latest post by the duo was on January 12, before the release of the song. 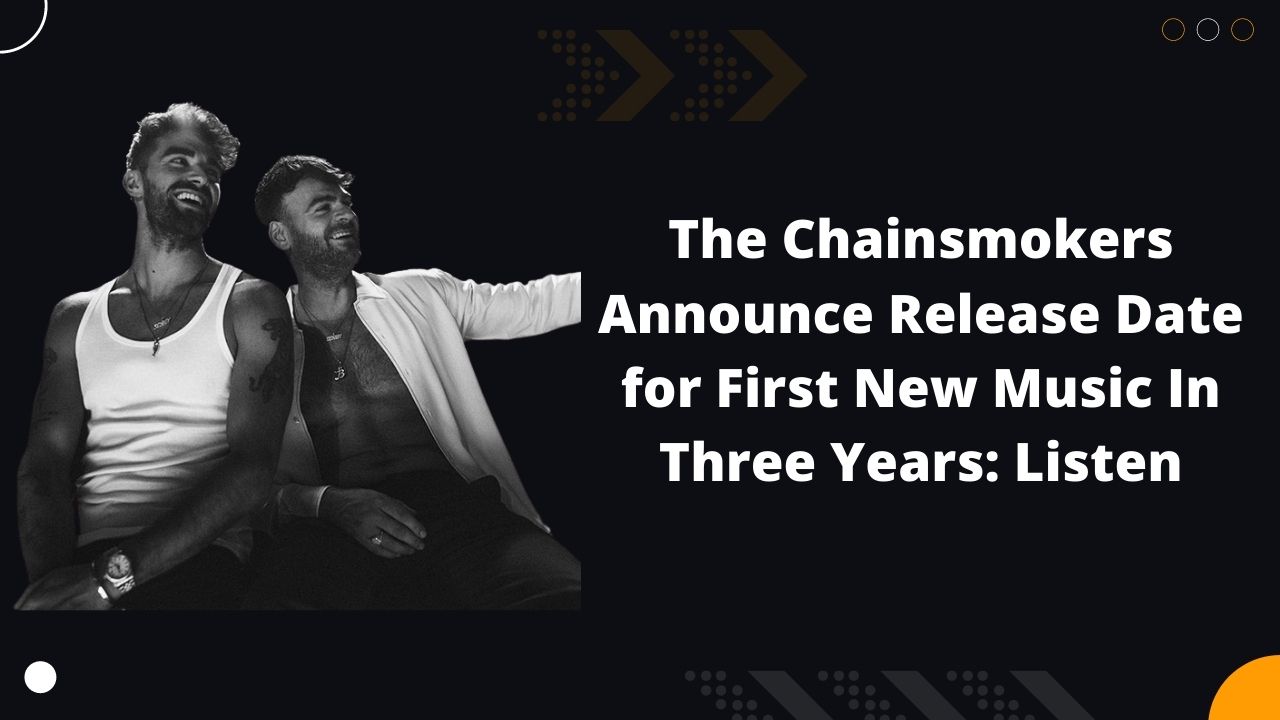 The Chainsmokers have not let the date of release of ‘High’ though it was to drop on January 13, 2022; the song is available to pre-save or pre-add for fans and alike. The duo released a snippet of the song at the end of the ‘high’ promotion post, raising the anticipation within listeners. After ‘World War Joy,’ 2019 released by dropped via Disruptor/Columbia Records, TCS4′s ‘High’ will be the first new music released.

The Chainsmokers is an electronic duo consisting of two DJs named Drew Tagga and Alex Pall since 2012. They are all set to step into the game again with their new album, TCS4. They had released a trailer for their new upcoming music, ‘High,’ with two look-alikes of the actual Chainsmokers. With Ryan O Flanagan as ‘Drew’ and Max Baumgarten’ Alex,’ it is very gripping and hilarious to witness the return of our favourite duo. With Drew as the vocalist and Ale at production, this duo can expect the new song to be a hit.

Also, with their constant presence on all their social media platforms, both Drew and Alex might have ‘High’ as their breakthrough soon. They posted to their handles a picture of them some while ago relating to the teaser of ‘High.’

‘High’ had a very peculiar teaser by The Chainsmokers. Fans have noticed messages and specify that the teaser video was all about how they felt to be in the spotlight all the time. The actors just portrayed what you felt inside. Our beloved duo is just like us and sometimes gets tired of being The Chainsmokers.

The song is available to pre-save on platforms like Spotify, YouTube, and Apple Music. Some fans have raised queries about a small section of the song they shared. It was supposed to have been a collaboration with Kid Laroi, but Drew’s, one of The Chainsmokers, vocals would be more in the light. ‘High’ not released yet has become unbearable among fans, for it was to be released on January 13 but has not been yet. Recent posts have been about the episode of posers who look like The Chainsmokers and how anyone can look like them.

With 245,247 views and counting on the new single’s teaser on YouTube along with the fans’ active interaction on posts on ‘High’ and TCS4, The Chainsmokers have returned with a bang.

The long break of the electrifying duo has earned the listeners a new masterpiece with lines, “the new chapter has arrived,” which they had mentioned before their long vacation off media, with their “album mode on.” The Chainsmokers have returned last, to add to the bliss, with their new album and song rowing soon! Are you ready for The Chainsmokers?