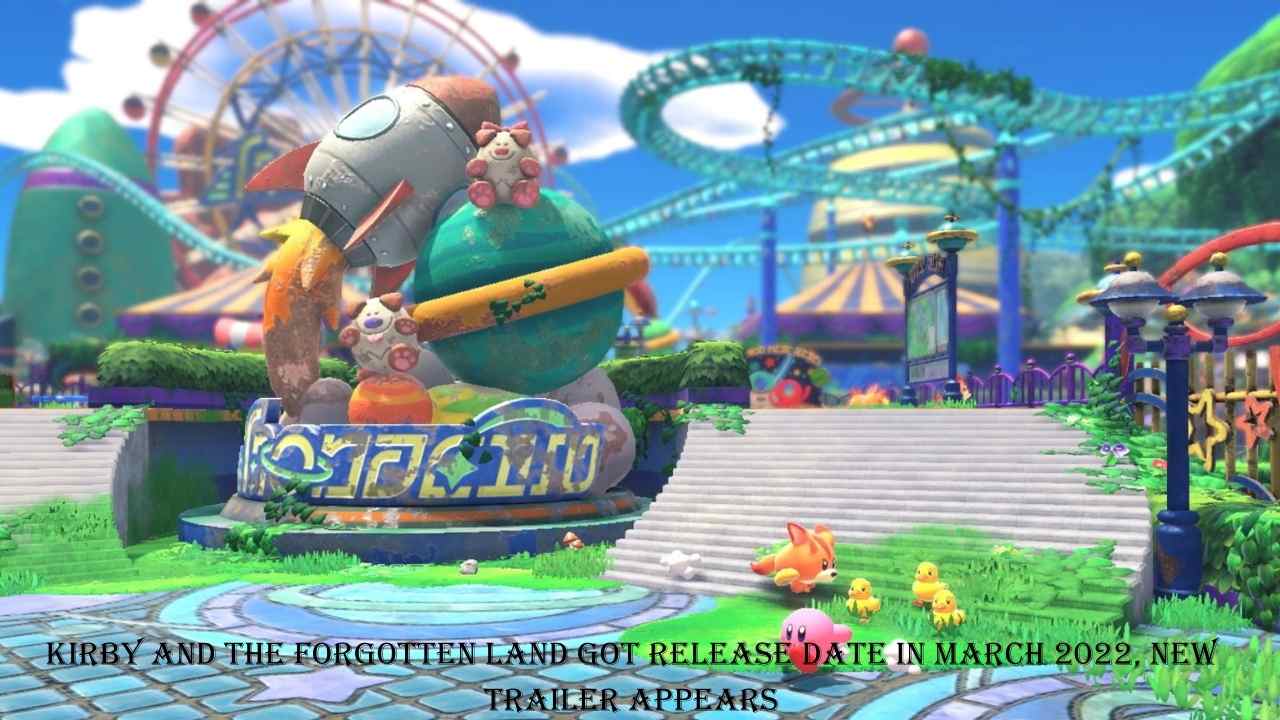 Our very own super powerful, pink puffball is all ready to set out on an unforgettable and bewildering adventure as Nintendo releases the trailer for the new gameplay of Kirby And The Forgotten Land! Now you can take control and take Kirby on a memorable journey through the ‘new unforgotten world’ in this game and have the fun of your life with your favourite Kirby!

It’s happening! the show is getting released for fans worldwide! Nintendo has announced that this game will be released on 25 March 2022 worldwide.

Marking the 30th anniversary of our beloved Kirby, the game will be the first time this pink puffball is presented in a 3- dimensional stage. Since the game was announced in September 2021, fans worldwide have counted days for this release.

Kirby And The Forgotten Land Cast

Kirby and The Forgotten Land is a Japan-based game published by Nintendo and developed by HAL Laboratories and has a very remarkable resemblance to the first and second versions of Kirby GCN. This game has the cutest and strongest characters, and once you get to know them, you’ll get hooked to them! We have our man of the show, Kirby! Another character, Bandana Waddle Dee, is a character to play in multiplayer mode.

What Time Will ‘Cheer’ Season 2 Be on Netflix?

Kirby And The Forgotten Land has some characters which cannot be controlled but add to the intriguing visuals like Waddle Dees, Wise Waddle Dee, Meta Knight, and Elfilin. Kirby has to fight enemies while on his exciting adventures such as Bernard, Big Shotzo, Bouncy, Buffalohorn, Digu, Foley, Gabon, Glunk, with Gordo in the extended version; Hothead and Sir Kibbe, and so many more! The game also has the ultimate bosses, Goriondo, Meta Knight, Tropic Woods, and an Unnamed Pangolin-like boss, all for Kirby to fight against and explore.

Kirby And The Forgotten Land Plot

Kirby And The Forgotten Land is the story of an adorable pink puffball, Kirby. He is washed up on shore and set on foot to explore the abandoned remains of some ancient time’s civilization where Kirby sees tall, overgrown plantations over enormous buildings and amusement parks. There is a shopping mall, but Kirby has to face some enemies here, starting a great mission!

Kirby And The Forgotten Land  Trailer

Kirby And The Forgotten Land had a trailer released which showed many of Kirby’s superpowers with some shooting cannonballs to exploding to destroy the enemies to whirling like a tornado! Kirby has to copy his enemies in the mall and attack them. In this commendable game, Kirby can slash his enemies with a sword or slice through his enemies with his cutter abilities; our Kirby can also develop spikes to have his way out or shoot fireballs from his mouth.

Contrary to that last ability, Kirby can also freeze the enemy with his breath. Oh, how fun and exciting this game sounds already! While exploring this abandoned advancement, Nintendo also showed the improved mobility of the game. Kirby is our hero, and you control Kirby, so how exciting will it be to have a face-off with the boss?

Kirby And The Forgotten Land has a straightforward synopsis and is very easy to access by players with the handling Kirby to be very user-friendly. The storyline revolves around Kirby, who reaches a lost, stranded city and comes face-to-face with the game’s villains. The developers have also provided space to explore the beach landscape where Kirby first washes up before this thrilling adventure starts! The more Kirby wins, the more levels open up. Pack up and get ready for the most stimulating and lively adventure with Kirby!