The 4th season focuses on the events which took place 900 years after the events of the original series. The USS’ crew helped rebuild the United Federation of Planets while facing a huge problem! This mission almost becomes impossible because of a space anomaly that nearly destroys the entire universe.

Episodes of the 4th season air weekly on Thursdays, and there are around 11 episodes in it. The 7th episode of the show was quite shocking. It has set a mid-season cliffhanger. To top it all, after the 7th episode aired, the streaming site announced that the show would be taking a break now. And the remaining episodes will premiere after almost six weeks. The past season of Star Trek: Discovery did not entail a mid-story break. This is undoubtedly a new tradition that we hope won’t be followed in the future.

The Ones Within Season 2: Renewed Or Canceled?

In the present seven episodes of the 4th season, things have moved on at a languid pace which is unusual. The Discovery is still stuck in space Dock despite Saru’s boastful comments. And considering that there are only four more episodes left for the 4th season to end. We are sceptical about the storyline because how will the writers wrap up everything in just four episodes? It will indeed be a delight to find out.

Fans of Star Trek: Discovery can not wait any longer to find out about the rest of the story after the events of the 7th episode, which came out on 30th December 2021. The show is now available for streaming on Paramount+ and Pluto TV.

Paramount+ announced that the show would take a break, and the 8th episode will return on Thursday, 10 February 2022.

Everyone is confused whether this season will entail 13 or 11 episodes. But we are hoping that it won’t be any less than 11!

There is much more drama to come in the following episodes!

Zora, with the help of Adira, has become even more innovative in terms of Artificial Intelligence. She might be able to locate the origin of the Milky Way, which in turn will make it easier to spot where the black matter entered the galaxy. But the plot twist is that she will refuse to pass on this information to anyone, not even Burnham.

There will be significant comebacks! Discovery has already confirmed that Tilly will return. And there are other hidden surprises that we will hopefully find out on the 10th of February. 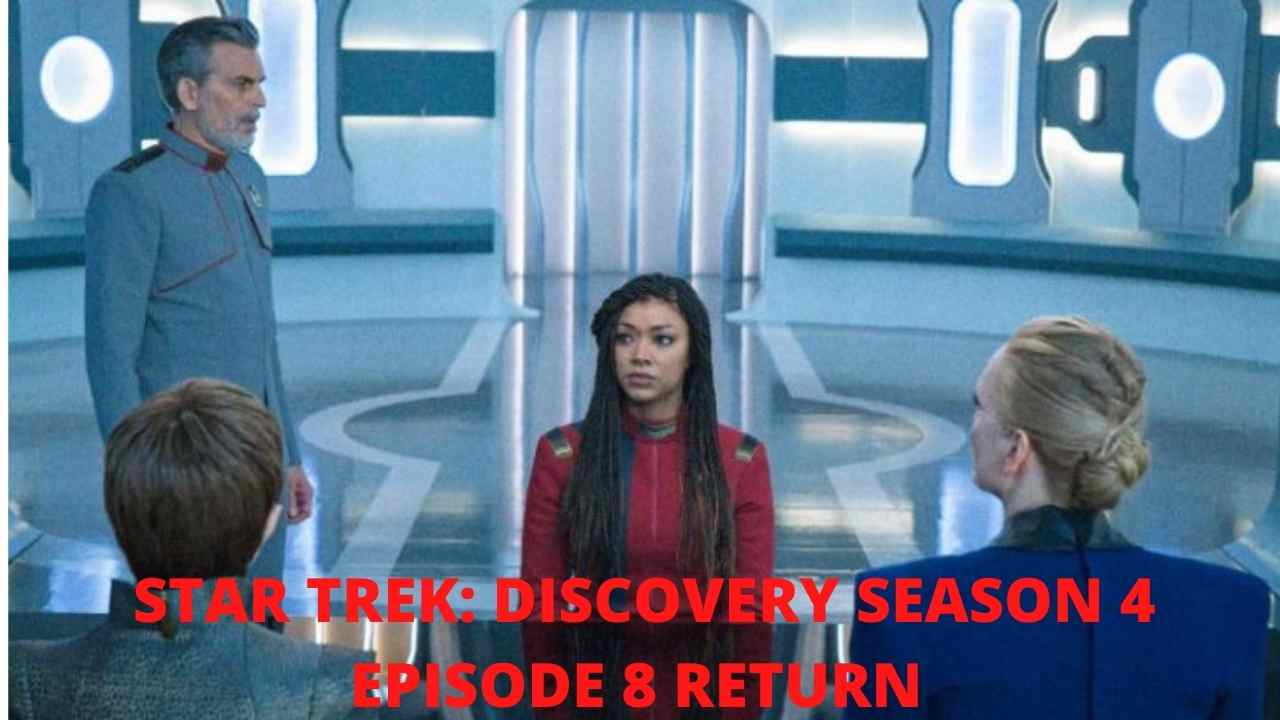 The 7th episode, “But to Connect”, revealed a weapon that was last seen in 1998’s Star Trek: Insurrection. Obviously, this will hold significance in the upcoming episodes. Book and Ruon Tarka’s cunning plan of destroying the anomaly might get executed in the 8th episode. Indeed, it will be a game-changer!

Tarka is adamant about using Isolytic weapons. This decision will have grave consequences. There is also a possibility of a new universe getting introduced. Tarka’s “next-generation” spore will definitely stir more trouble. In simple words, there is going to be a lot of action!

Fans in the United States will be able to watch the 8th episode on Paramount+. Viewers living in Italy, Germany, UK, and Spain will be able to stream the upcoming episodes on Pluto TV.

The following actors will return on 10th February:

The preview trailer for the 8th episode is out on YouTube! Stream it before you miss out.