The most- special thing for women at her wedding is her wedding dress, of course after her prince charming, hahaha. Well, the same was for Hilton. She wore a gorgeous Oscar de la Renta gown for the most precious moment of her life. Hilton looked elegant, iconic, and chic in the hand-embroidered gown.

Well, Hilton was delighted and overjoyed with her outfit. She shared her happiness via an Instagram post with her wedding dress on Friday.

Hilton said that she felt more like a Princess than ever before in the gown.

She further stated, “I had to hold myself together though because if I didn’t, then I’d be crying in all the footage for the show. It was such pure magic.”

She posted more charming pictures with the adorable caption, “Wifey For Lifey” and “Paris & Carter 11/11.” 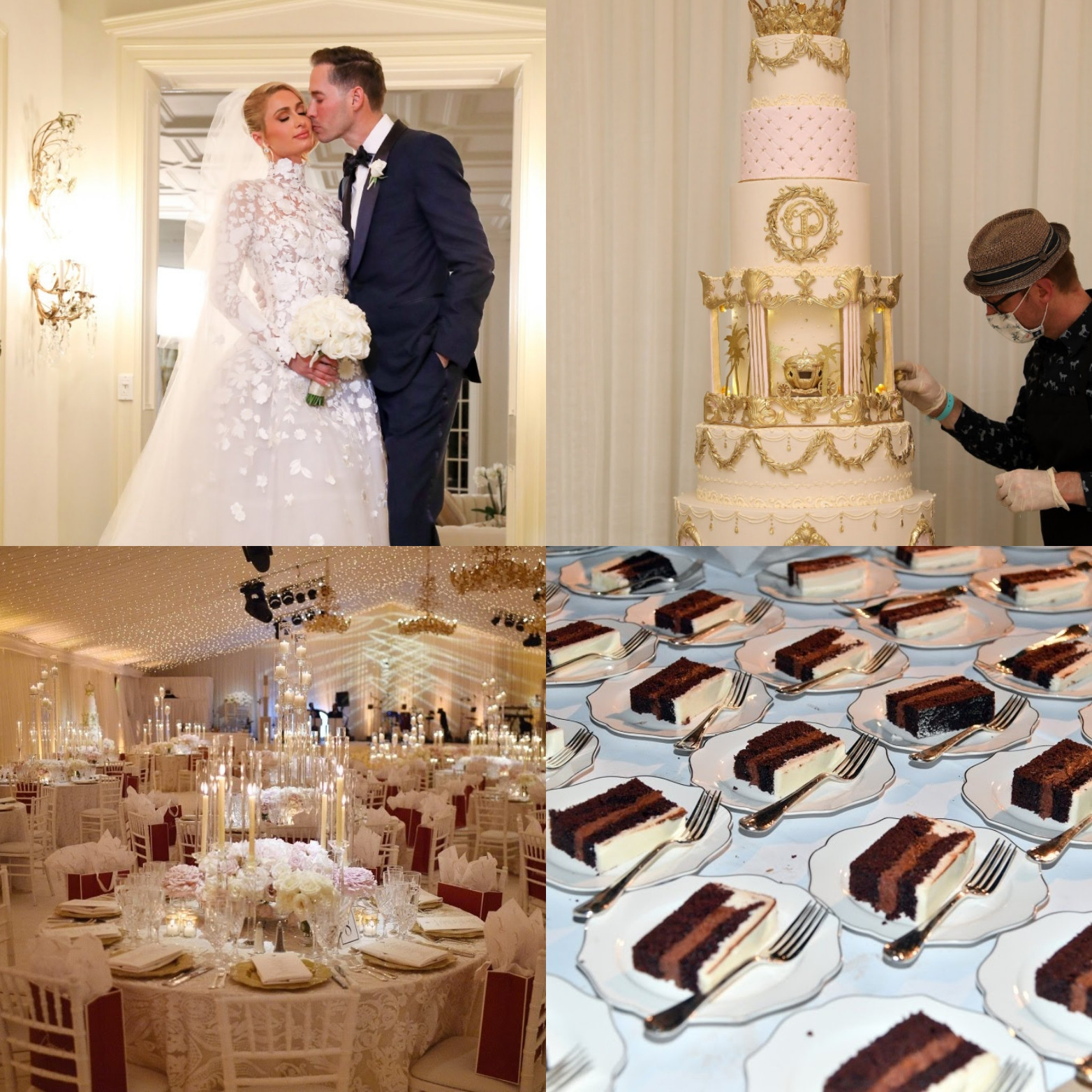 Hilton’s Maid of Honour and Bridesmaids

Nicky Hilton Rothschild, Younger sister of Hilton, was her maid of honour. She was looking stunning in her long-sleeved blush pink gown with beautiful lace, slight chiffon ruffles bottom, and a satin bow at the back from Alice +olivia by Stacey Bendet.

Hilton stated, “Getting dolled up with her bridal party was “the perfect bonding time.”

The Performance of Kim Petras, Demi Lovato, and more

Several stars became part of the Paris Hilton’s grand wedding ceremony including, Kim Petras and Demi Lovato. Kim sang a melodious song, “I Can’t Help Falling in Love With You”, while Hilton walked down the aisle. On the other hand, Demi Lovato performed on her reception on “I Will Always Love You.”

Reum is a businessman and venture capitalist. He asked Jean Dousset, the great-great-grandson of a reputed French jeweller Louis-François Cartier, to primarily designing a breathtaking diamond ring for the love of his life, Hilton.

He proposed to Paris Hamilton on the beach in front of a cabana.

When it comes to reality shows, the name of the Paris Hilton is popular. She is part of several reality shows, but Peacock’s docuseries “Paris in Love” is the most special one. The 13-episode show will take you on the couple’s beautiful journey by which they reach their final destination (Altar).

The couple started dating each other in December 2019. The Hilton was super happy and announced their relationship on their first anniversary officially. She said, “I am thrilled, and it is the best relationship of my life.”

“I feel like a grownup finally, and I’m so excited for the next phase of my life: to have a family and just grow up,” she added.

Reum proposed Hilton in the most romantic way. He took her to the Private Island getaway to celebrate her 40th birthday with her family and friends. Here he surprised her by proposing to her the stunning diamond ring.

The show will cover their engagement party, which happened in New York, a bridal shower hosted by Kathy Hilton, and their party in Las Vegas.

The show’s first episode premiered on their wedding day, i.e., 11th November, Thursday on Peacock. From the rest of the episodes, one episode will release every following Thursday.

So, if you are a fan of Paris Hilton and willing to know about her love life Journey, do mark your calendars for every Thursday.